Well, At Least Now We Know Which State Springfield Is In. 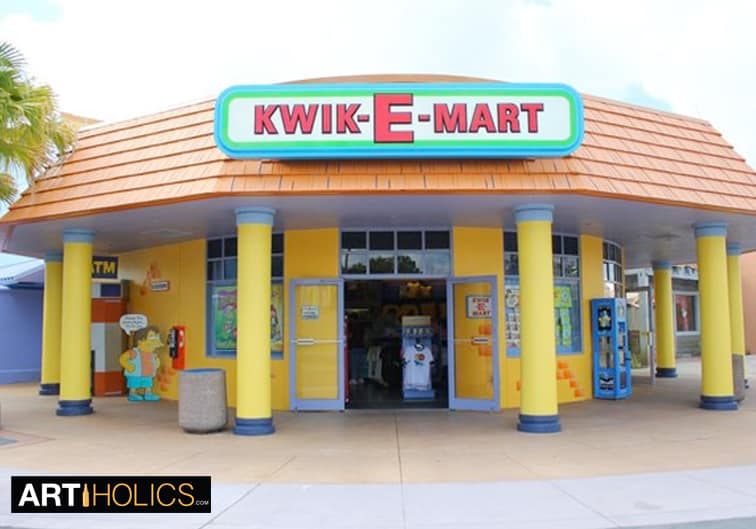 It’s always fun to walk around inside a cartoon and be able to interact with the characters, it’s every kid’s dream.  Jeeze, it’s the whole allure of this place.

So it was only a matter of time before the Fox / Groening machine merchandised their characters all the way up to Pinocchio status, where the buildings have cut free of their cartoon strings and become “real” brick and mortar edifices.

So far the main online critiques of these pictures is that the Flaming Moe is supposed to be purple, and the Duff energy drinks are a sell out and should be actual beer. (More images HERE)