Walking Dead Toys – Give The Gift Of Nightmares To Your Children 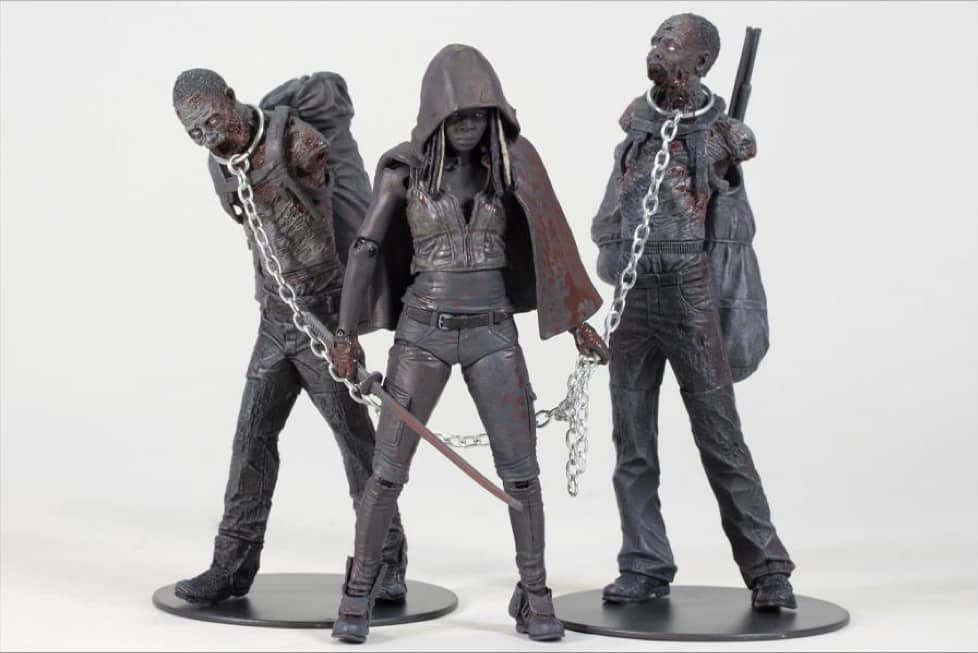 Artist, Comic book legend, and Spawn creator Todd McFarlane started his own toy company several years ago, and ever since has been one of the top of the toy game, creating amazingly lifelike sculpts of comic book characters, athletes, movie villains & heroes, as well as characters from your favorite cult films and TV series’.

Luckily for us, McFarlane got the lock on AMC’s The Walking Dead.  Creating various characters from the series, such as the badass sculpt of  Michonne (seen above), Michonne’s Zombie Pets 1 and 2 (as seen above – sold separately or in a 3-pack) as well as Merle Dixon, and Autopsy Zombie.

It is only time before we get the Little Ass Kicker toy.