Unsanctioned Street Art Involving Electronics Will Get You Locked Up 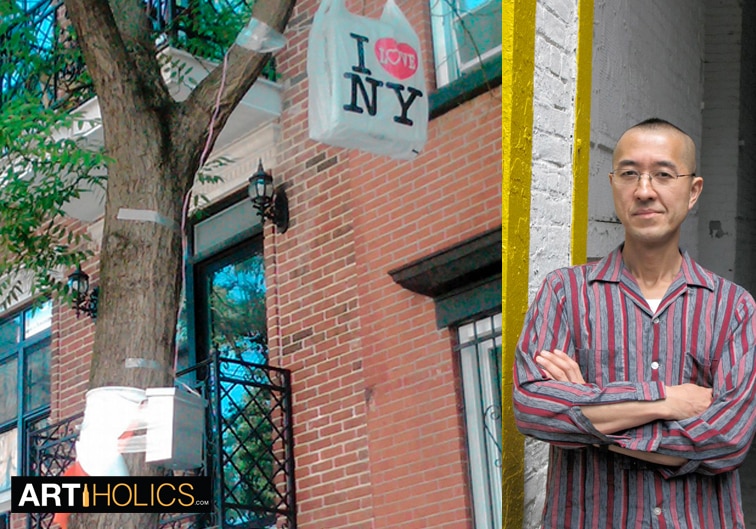 Artist Takeshi Miyakawa was arrested and sentenced to five days at Rikers Island and mandatory psych evaluations for hanging some plastic “I Love NY” bags with battery-powered lights, sparking a bomb scare on Bedford Avenue two Fridays ago, and is now free according to Brooklyn Paper.  I wonder if Milton Glaser will be implicated?

As we learned last month with the arrest of Kenny Scharf, just a little spray paint on a building will get your ass thrown in the slammer.  If you are “highbrow designer” who is “above spray paint” and are thinking about doing some illegal art installations involving electronics, you better think again.  Unless you are commissioned by the city, or at the very least have permits, people who see bulky battery packs and taped wiring strapped to trees in their neighborhoods will tend to get a bit jumpy (we are conditioned to be jumpy).

Street art involving electronics in a post 9 11 world (especially in a major city like New York) will alert the nearby citizens who have had  “any package left on a subway is a threat- report it” drilled into their heads for over a decade, and have them dialing the cops before you can connect the batteries to the bulbs. You won’t have to worry about climbing down the ladder, you’ll be getting cuffs slapped on your wrists and be pulled down the ladder.  Either that or the direct route, a nice paralyzed fall onto pavement after being tasered off the ladder

Best to learn the lessons of the Aqua Teen Hunger Force light bright bombscare in Boston a few years back, any street art visible to the public involving electronics in a post 9 11 world will get you locked the fuck up.  We are our own big brothers.