Independent 2014: What to Expect 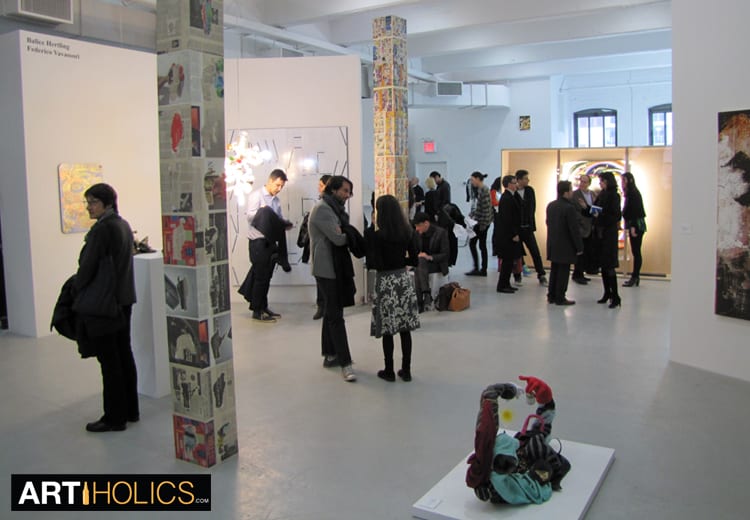 About Independent (In Their Words)
This year will feature over fifty international galleries and non-profit institutions representing fourteen countries.

Ever Seen Live Performance or Live Art at The Independent? No

The Scoop on The Independent From An Artiholic:
To me this fair always felt the least like a fair, and even refused to call itself a fair.  The floors have big open spaces in the middle rather than the sectioned off walls that the other art fairs are known to have, all the galleries share the same light.

Since it started The Independent has always been free admission to the public, and the focus has been more about the art than the selling.  It is many people’s favorite fair because of the amount of sculpture, and minimalism and distinct lack of drawing and painting.  I am in the minority, and the lack of drawing and painting drives me up the wall.

In an effort to document drawing in The Independent in three years I managed to take only a handful of pictures of actual drawings, and three out of four are just reproductions of licensed characters and mascots.  I still always have hope though, I went to two Whitney biennials in a row that had little to no drawing, and then the 2012 biennial was bursting with drawings – so things can change drastically overnight.  I am excited to see what this year’s show brings.

I did hear one of my all time favorite curator /patron interactions as she explained in a British accent the price of these three “Untitled, 2012”  pieces by Oliver Mosset (above)  Polyurethane on Canvas 96 x 48 inches

I don’t know exactly what changed with Independent’s business model,  but this year it costs $20 instead of costing nothing to get in ($20 is a distinct price increase from free).

Positives: A ton of big sculptures on four floors.  The possibility of a random car in the middle of one of the floors.  The permanent Dan Flavin instillation on the staircase in between floors is always inviting – not technically part of the show, but a welcome break from the different levels.  Top Floor Cafe, with Roof Access

Negatives: Extreme lack of drawing and painting. Super snobby curators who really don’t want to talk to you, which is another thing that makes this unlike the other art fairs where the exhibitors actually want to interact.  I have hundreds of photos I’ve taken of artists and curators at the various art fairs, and Independent is the only art fair I have taken zero shots of any curators or artists.  I am acting the same as I do at the art fairs but never get approached.  Located in Chelsea it is close to other art openings, but far from The Armory Show piers.

Location: 548 West 22nd Street between 10th and 11th Avenues in the heart of the Chelsea gallery district.