Beyond Literacy An Examination Of Emerging Street Art 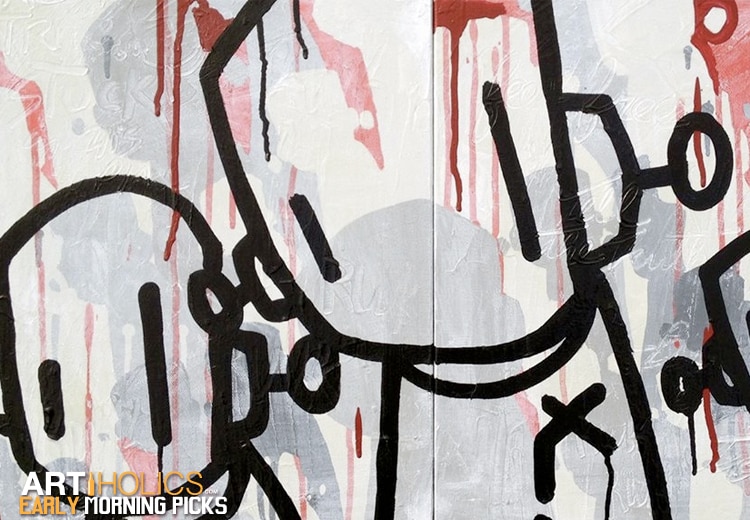 Galerie Protégé is pleased to present Beyond Literacy, an examination of emerging street art with works by Artiholics own Joseph Meloy, as well as artists Enrico Oyama, Chris RWK, and Herb Smith.

In the 1980’s, murals would speed by on passing trains in subway stations. Break-dance culture and hip-hop entered the mainstream in New York City in ways that would change the fabric of global society. Still, there remained a lingering stigma connected to the visual manifestation of the streets.

A masterpiece was thrown up on a wall that was once masked over by a fresh coat of paint by those that were considered “vandals”. If only the work had been brought forth by a provincial member of the art community, the work would have been permitted to exist. Keith Haring’s Crack is Wack mural on the east side of Harlem is one fast example.

Otherness became sexy and the notion of the “outsider” was embraced by the art world as the quest for a new fetish reared its head. Anonymity was a necessity and the tag was a proxy name for the artist. Collectors who would frequent galleries now looked to the streets.

Works by street artists are now being sold at auction for six figures, yet myths of a pseudo-criminal distinctiveness exists as validation. Beyond Literacy highlights four artists who use both the language of the streets and art in their practice. The works in the exhibition are a reminder of how a work by the likes of Richard Serra is never questioned — whether housed a public space or shown at a gallery. Now that the historic 5 Pointz has been painted over, alarm bells are ringing as street art’s contribution to the contemporary sentiment should no longer be considered defacement, but rather, a celebrated piece of art history.

Please join us for our opening reception on Wednesday January 8th, 2014 from 6pm-8pm.

From Street Art to Contemporary Art, an Unusual Path in the Market