The Trials And Tribulations Of Being Creative For The Web: The Oatmeal 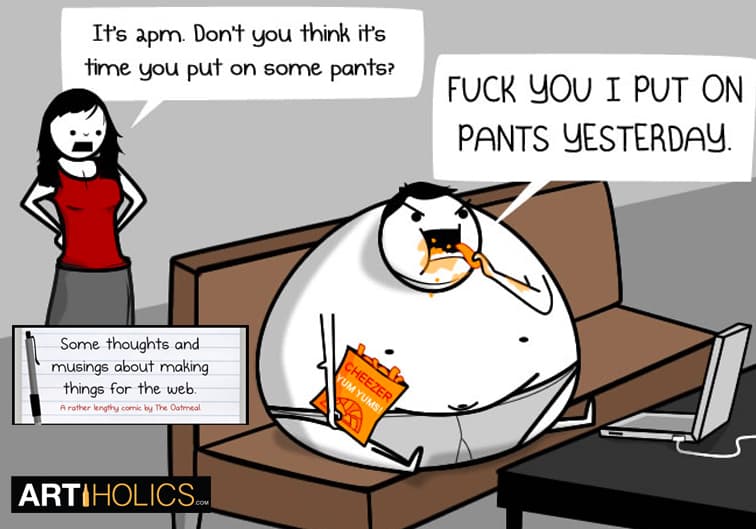 If you are a “content creator” aka a creative person who posts your work to the web for public ingestion, you already know that the internet can be a cruel and unforgiving mistress.

My girlfriend turned me on to an online cartoonist called The Oatmeal which if you’ve never seen it, is a funny read, and a wormhole you might fall into for a few hours, so clear your schedule before venturing forward. The online comics are in the form of giant top-down scrolling viral infographics.  The art is very basic (detailed stick figures really) but the simplicity works well with the writing, which is funny.  Much in the same way that South Park works in spite of it’s crudeness.

If you are an artist, writer, blogger, or vlogger who creates content for the web (especially if you have a significant other who doesn’t), you should read this comic by The Oatmeal: Some thoughts and musings about making things for the web.

I identified with a lot of it, and even if you aren’t creating original web content, this and the other strips on the site are fun reads.