The Largest Avengers Inaction Figures are in Vegas – Opens Today 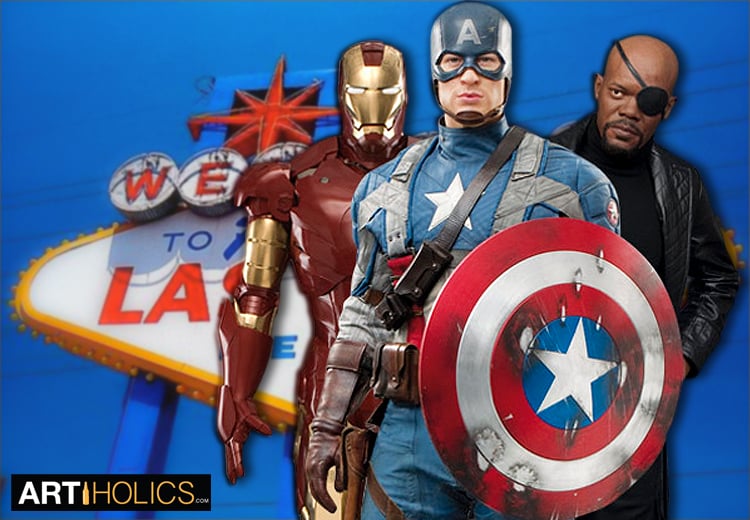 The Marvel 4D theater features a brand-new 10 minute movie where the superheroes save Las Vegas from destruction. Marvel Fanboys, time to plan your trip to Vegas.  A ten-whole-minute exclusive film that you haven’t seen exists somewhere in the world.  How can you call yourself a fan if you haven’t seen and experienced this in 4D, and just feet from the wax mannequins?!

During the short film, guests will feel their seats shake, splashes of water and much more (by much more I am guessing there might be some water vapor and or mist involved).

In reality, I’ve made fun of Tussauds before, but these look pretty good (unlike these hideous freaks).  And if you get creative you can stand next to Samuel L Jackson on the un-eyepatched side and reenact the mutha-fuckin’ snakes on the mutha-fuckin’ plane scene- thus scoring you a two for one deal out of the sculpt.  You can also set the Captain America sculpt on fire and have your photo taken with a screen accurate version of The Human Torch* (as both Marvel characters were played by the same actor).

The exhibit officially opens today – Wednesday, November 20, 2013 with the ribbon cutting by Stan Lee at 11:30 AM Pacific.

*Do not light sculptures on fire.