SVA Student Animated 2D Cartoon Feature Short Gets Back To The Heart Of Animation…Good Drawing.

I am so happy for animators Iker Maidagan and Dana Terrace, recent SVA grads who created this awesome short animated film titled Mirage which has already been featured on iO9 and Cartoon Brew. 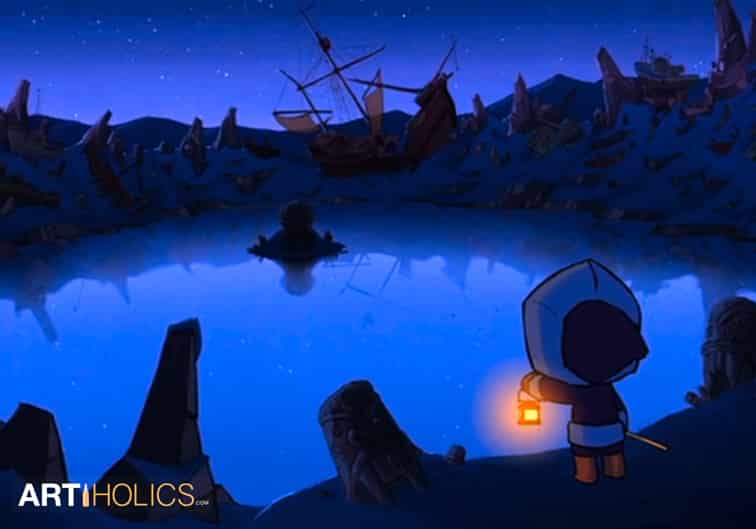 The reason I am happy about this film is that I actually saw it originally when it was only a pencil test with a few color rendered still frames.  The animation was fluid, the story was good, and you could see that in the end the color would pull it all together.

This was one of the senior thesis projects I (and my 4 other fellow SVA BFA alumni society scholarship jury panelist colleagues (read on ArtSucks.com) voted to fund.  It actually was awarded the top dollar amount, and my reasoning was that there was a lot of 3D animation coming out of the department (a lot really good I might add) but it was astounding that they were still teaching the traditional 2D in an era of Pixar dominance, and since these students really were top notch, this deserved to be funded so they could complete it.

9 minutes worth of animation is a lot of work and thousands of hours, so I’m glad we in some small way were able to help lighten the load, and in the end it resulted in a beautiful piece of animation.  Give it a watch. 🙂