EPISODE 032: “10th Ave & The Hudson”: Jim reassures Dru about the impending “perfect storm” Hurricane Sandy looks like it will hit Manhattan. Real post-flood footage of the Kempner Gallery’s bottom floor underwater is intertwined with comedy as all of Chelsea’s galleries suffered big losses as they were submerged. Too bad they didn’t have Hurricane insurance. Let’s hope that isn’t a pile of Rauschenbergs! 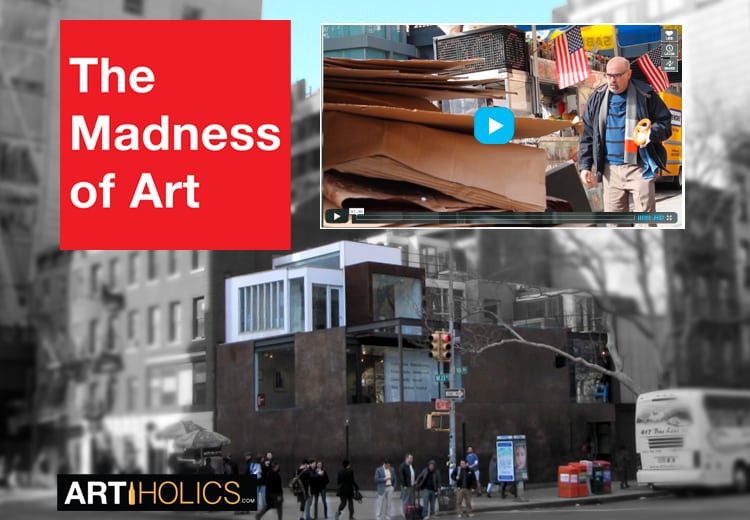