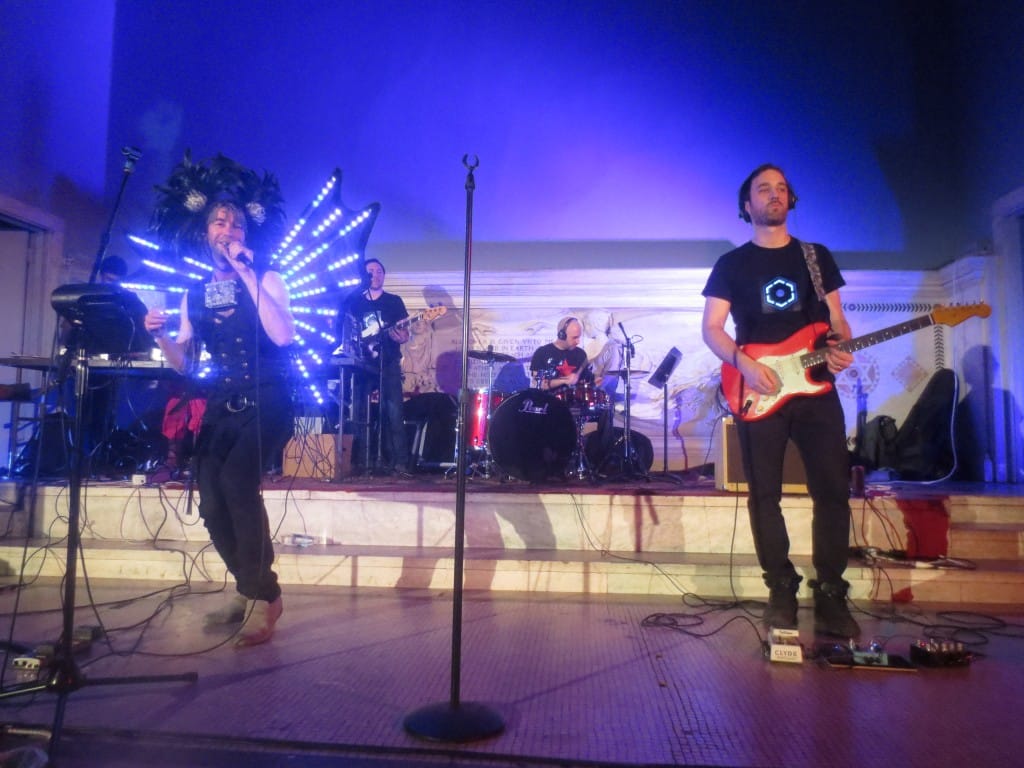 On Tuesday, March 11, 2014 at Judson Memorial Church hosted the Cult of Creativity, a fundraiser gala for FIGMENT NYC 2014. A free participatory arts festival held annually on Governor’s Island. FIGMENT NYC is June 7-8, 2014. FIGMENT catalyzes and celebrates an abundance of creativity and passion, challenging artists and our communities to find new ways to create, share, think, and dream.

This year, Edgar Olive, a novelist, poet, playwright, and recipient of a Fringe First Award 2009, presented Catherine Burns the very first Figment Award. Burns is The Moth’s longtime Artistic Director and hosts the Peabody Award-winning, The Moth Radio Hour. Burns, who comes from a small town in Alabama, said part of her love for storytelling came from meeting Haper Lee. The novelist had just won the Pulitzer-Prize for her book, To Kill a Mockingbird. Lee was new in town, and as audacious as it sounds, Burns’ mother was just being cordial in inviting her new neighbor over to her house for dinner. Lee’s tales fueled the young woman’s mind. Thus Burns’ spark for story ignited.

A participatory project by Enki Sumer and Chris Jordan featured a green screen video booth filming people dancing, the feed was then looped and projected onto the walls of the church, framing the stage and the iconic stained glass windows of John La Farge.

The gala featured a buffet and bar, live music and DJs, an arts and services raffle and auction, and an art market of handmade goods by local artists. Entertainment by The Adversary illuminated the stage, as DJ Jago and DJ $mall ¢hange spun throughout the night.

You can help make FIGMENT happen. Shop conscientiously through the marketplace where a portion of the sales of one-of-a-kind merchandise is donated to FIGMENT. Participatory art cannot happen without YOU — the participant! Shop the market on the web, it is only open for a few days.