It’s called “Project 84,” and it’s composed by 84 sculptures representing the number of men who take their own lives every week in the UK. Suicide is the single biggest killer of men under 45 in the UK, with three in four of all suicides being male according to Quartzy.qz.com 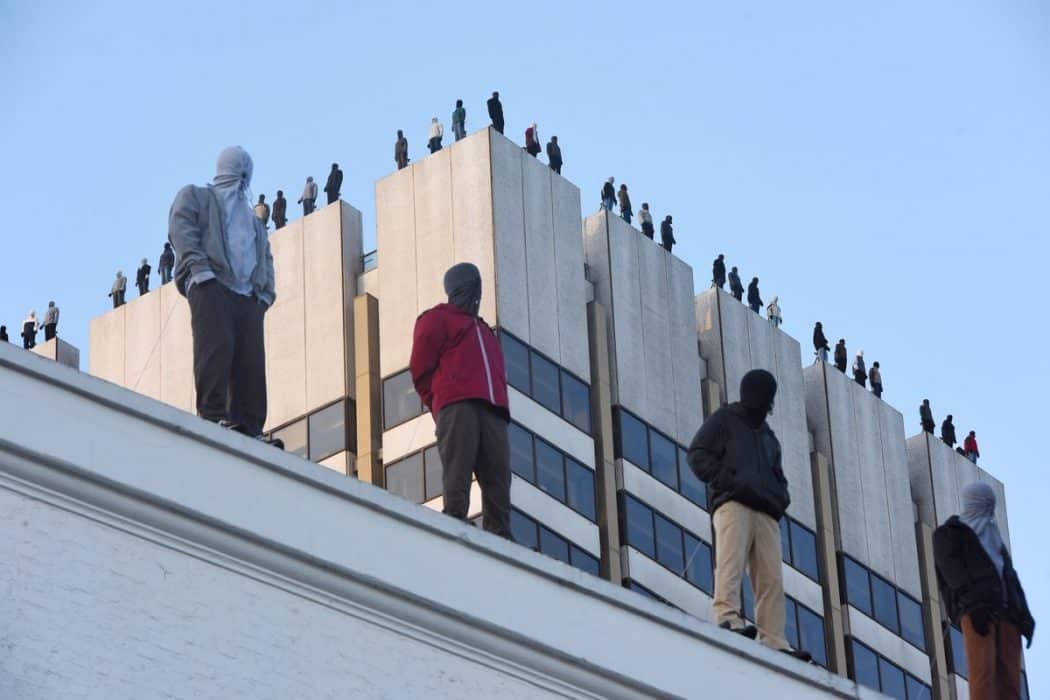 The statistics are shocking. Every two hours a man in the UK takes his own life. Male suicide and mental health is a big issue that can’t be ignored any longer. It’s unacceptable that so many men are dying from suicide on a daily basis, yet so few people are talking about it.

To stop people in their tracks, make them pay attention and inspire much needed conversation and action around suicide, we partnered with the internationally renowned artist, Mark Jenkins, and his collaborator Sandra Fernandez, to create 84 individual sculptures. Friends and family members of the deceased helped in the creation process of the figures. Each one, a poignant reminder of a real life lost and a call to society to come together and ultimately take a stand against male suicide. Source: Projecteightyfour.com

The installation is part of a campaign by CALM (Campaign Against Living Miserably) to start a conversation about male suicide in a bid for improved suicide prevention and bereavement support.