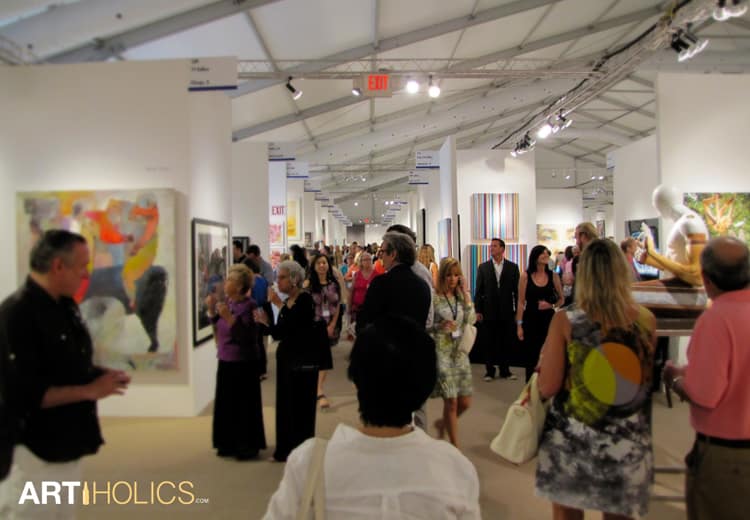 The ArtHamptons Fine Art Fair enjoyed record attendance and sales last year,  it returned for the 7th edition this past Friday through Sunday, with an opening preview on Thursday Night. This year the fair is themed “Escape,” which is right up the alley for an event held in one of New York’s most desired summer retreat destinations.

The first major art event in the Hamptons this summer, organizers expected to see sales figures follow or supersede the record set last year. Artiholics enjoyed an exclusive preview black card access preview of the art and its crowd at the ArtHamptons Black Card First Look and Opening Night Preview.

I took a break from painting the 10Subjects and helped my summer assistant Keziah get some flyers printed and bagged up with buttons pressed to give out at the show.  Keziah and my girlfriend Molly and I loaded up the car with gear, put on our Hamptons casual clothes and left the city.

Getting stuck in Long Island traffic didn’t set us back too much.  We arrived at the VIP black card first look an hour into the preview.  There was already a pretty solid crowd of Hamptons elites at work and socializing dressed to the nines, so we did a first lap around the fair to check out the art, the wine, and the overall scene before pulling out the camera and getting to work.

The first person I recognized right next to the central alcohol area was the musician Moby.