“This Is Our Youth”, Growing Up in the Surreal Terrain of New York City 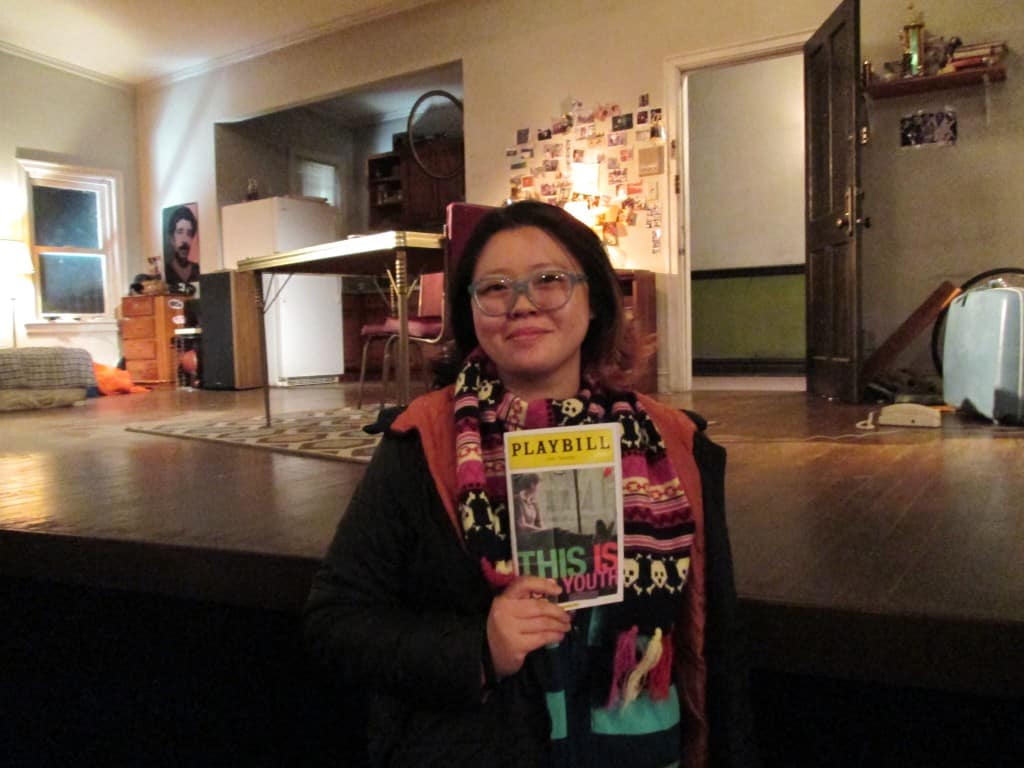 The Steppenwolf Theatre Company at The Cort Theatre on Broadway is the the third host of this famous cast of “This Is Our Youth”. Written by Kenneth Lonergan, it is produced by Scott Rudin. The show having had successful runs in Sydney Australia, and Chicago, has fared well in New York. “This Is Our Youth” has been produced since 1996, always featuring A-listers and “the In-crowd” actors, it has been rated among the top ten plays of 2014 by many critics.

The play takes place New York in the early 80’s of the me-me-me greed of the Reagan years. The writing explores what is known as “privileged kids issues”. The three main characters are in their in-between phase of leaving behind teenage awkwardness, of facing their arrested development, forced to acknowledge that they need to grow up once things turn to the worse for their drug buddy acquaintance.

It’s the right cast for this show. Michael Cera, Kieran Culkin, and Tavi Gevinson work out a character study, the children of the socialites who need to figure their own shit out. Warren, played by Cera is a nervous nineteen year old living with his dad, who runs away from an abusive wealthy father. Warren takes with him $15,000 in cash of his dad’s not so secret stash, he runs to his only friend, Dennis. Kieran as Dennis, is the sociopath charming drug-dealer friend who coaxes and controls Warren. Dennis’ day job as a bike messenger is the cover that allows his apartment to be paid for by his parents, as they ignore his habit as long as he stays out of their sight. Kieran is dynamic in his role, he shows much depth as the crafty hustler reveals the root of his cruel but loving nature. Jessica, played by Gevinson is the anxious stay at home fashion college student whom catches Warren’s eye.

New York City is a surreal place, the socioeconomic stratification can put two contrasting neighborhoods side by side. The working class of the Bowery is a short walk away from the celebrity and gallery laden Tribeca. The Upper West Side where this play takes place is the home of Yuppie parents who push designer strollers over the sidewalks that link to the culturally iconic West Harlem just a few blocks over.

I did see “the youth” of people I once knew portrayed in this production. It is a dark play. I attended an less than stellar public grade school in Harlem; and in that surreal way, the Culkins lived a few blocks away in Yorkville. Classmates went on to attend the local zoned Junior High with his siblings. But the famous family were not envied by all. Stories of their neglectful, money hungry dad was common knowledge. Later, when I attended magnet schools and a private college I knew teenagers who floated through a life of ski trips and designer clothes; the easy life left them bored, they turned to and were romanticized by the idea of illicit behavior. It didn’t make them “bad people”, but these teens and 20-somethings would be dead from an overdose if they didn’t have rich parents to save them and force them into treatment. This play is about those worlds. Poor youth die, rich kids go to rehab and get book deals about their habits. It is a small world. These stories are all connected in real life.

Without spoiling too much, the play ends with the characters recognizing and stating that they could be dead if they didn’t have rich parents to bail them out. They’re adrift in their schemes until they realize they can’t use their emotional abuse issues as an excuse anymore, once they’re faced with mortality. Cera, in general, is a good actor. He is likable, and the audience feels for him. However Cera is not as nuanced here as one would like, perhaps because it is harder to craft small moments in theater than in film and television. Throughout most of the play, his character behaves much the same anxious way whether or not he is interacting with others, or when he is alone, except for the very end. Gevinson’s performance is acceptable, but she has a lot to grow into, she is not a natural when it comes to working through the story arc. She is relateable to her character, in real life, Gevinson is an attractive stylish teenager famous for her fashion blog that she started as a tween. I understand why they picked this cast, they all have something to do with those worlds they star in. The play gave me a rush, but it is also disturbing and depressing. It is billed as a comedy, but it’s more of a drama with a handful of funny lines. It is well done, but jarring and unsettling, and leaves the audience feeling sad, but perhaps grateful that they aren’t in that phase of life.