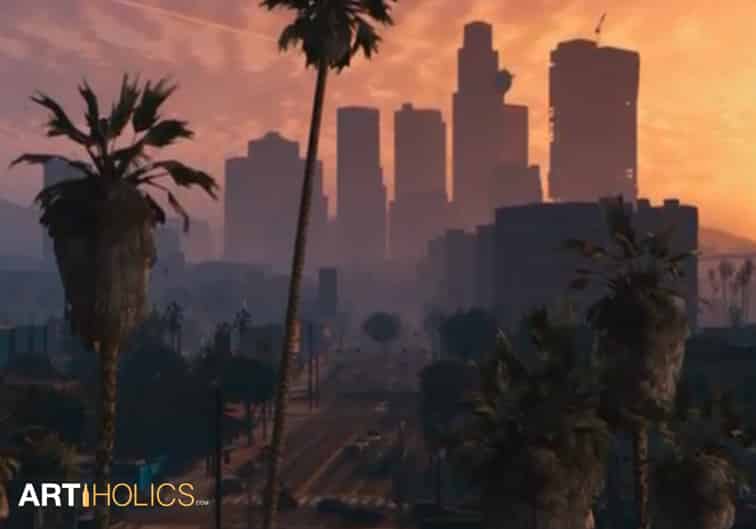 There are probably a lot of reasons all of those who would-have-been this generation’s greatest landscape painters are designing video games instead of putting brush to canvas.  The technology has gotten to the level where not only does the painting come to life, but you can walk, ride, and fly around in it…as well as kill the occasional hooker.   This is Grand Theft Auto V I’m talking about after all.

I watched the trailer for the new edition of this game which comes out mid September, and I am reminded of as a kid with an Atari 2600 trying to win at combat, or joust, and if that little kid would have gone directly from that 8 bit shit, to being handed this game, I would most likely have slipped into coma from mental overload.