The art of Pokemon: Holo Rare Lunala from Pokemon Celebrations!

The Holo Rare Lunala is a part of the 25th-anniversary Celebrations set!

The Pokemon TCG introduced the Celebrations set, which was devised to celebrate the 25th anniversary of the Pokemon franchise. The set has tons and tons of great chase cards, metal cards, and reprints of coveted cards from the past. Simply put, the set has many Poke fans going crazy.

The Holo Rare Lunala is one such card in the set that many are eyeing to add to their collection. But as the cards are limited, many won’t pull it, even though it is not that hard to pul in the celebrations booster packs.

Apart from the monetary value of the card, the Holo Rare Lunala also has many unique features, like the illustrations, the lore behind the Pokemon, the usability of the card, and more. In this blog, we will discuss all these things! 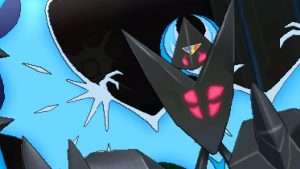 As most of you know, Lunala is the box art legendary for the Pokemon Sun and Moon games. Cosmog evolves into Comoem, which evolves into Lunala or Solgaleo, depending upon the game you’re evolving it in.

Lunala looks like a bat and has exotic features all over its body. Golden edges border Lunala’s wings, head, and tail, giving it a menacing godly look. Lunala, along with Solgaleo and Necrozma, are a part of the light trio. Necrozma fuses with Lunala to become the Dawn Wings Necrozma.

The Holo Rare Lunala Features Lilie in the background; the same is the case for the Solgaleo Holo Rare and the Cosmog and Cosmoem Holo Rare. All these cards were created by the same illustrator.

The card has been illustrated by the talented KirisAki, also known for popular cards like Skyla and the Pikachu V-Union. KirisAki is also responsible for the entire evolutionary line of Lunala and Solgaleo.

All these cards feature Lilie, who takes care of the Pokemon when they’re small and in the background when they are grown up, showing us their journey. KirisAki has created a lot of great trainer cards as well, and the art style is similar to the card shown above. This sets their cards apart in the TCG.

But if you’re a collector who wants to complete their collection, this is a great price to buy the card for. The price may or may not increase going into the future, but you’ll indeed have a great card collection under your belt!