The art of Pokemon: Holo Rare Solgaleo from Pokemon Celebrations!

The Holo Rare Solgaleo is a part of the 25th anniversary Pokemon celebrations set!

The 25th-anniversary celebration of Pokemon continues this year as we got the Celebrations set. Not many know this, but the reason for having a Pikachu as the main character on the Celebrations packs is the Pokedex number of Pikachu, which is 25!

The Celebrations Collection Set has given us many unique cards to ponder upon. We also got some classic reprints like the Base Set Charizard and Blastoise. The set truly is worth celebrating as it adds so much exciting stuff to the TCG.

The Holo Rare Solgaleo is one such card in the set, which is coveted. It also has a neat story behind its artwork, making it a card worth having in any collector’s collection. In this blog post, we will discuss the origins, the trivia, the illustrator’s motive, and the card’s value. 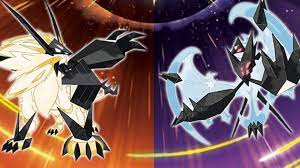 Solgaleo is a very well know Pokemon to begin with, the pokemon was the box art legendary along with Lunala for the Pokemon Sun and Moon main series games. The game came just before Sword and Shield, so it isn’t that old and Solgaleo is still in players’ memories.

Solgaleo evolves from Cosmoem when leveled up in Pokemon Sun. It looks like a lion with its head symbolizing the sun. Solgaleo can also combine with Necrozma to become the Dusk Mane Necrozma.

The Pokemon TGC is known to create cards that are somehow connected with each other. We see this more often with legendary trios or duos, as they are connected to each other.

KirisAki is the creator of the Holo Rare Solgaleo. The card looks phenomenal, to say the least, which just goes to show how much care and effort was put into creating it. KirisAki’s latest works feature the TCG cards shown above. Most of the popular cards from KirisAki are the full art trainer cards, which look really awesome.

The art style of KirisAki stands out in the Pokemon TCG, making their cards even better to collect.

The Holo Rare Solgaleo is going for a price of $0.2 on multiple websites as of now. Still, you can get it for as low as $0.1 if you’re able to find it near your locality. The card’s price also depends upon the condition, and the mint condition cards can even charge more.

The card, along with the Cosmog, Cosmoem, and Lunala, are really worth having as a small mini-collection in your set if you liked the story the cards told. And that’s it for the Holo Rare Solgaleo from the Celebrations Set.