My Apologies To Madame Tussauds, We Have A New Winner For Worst Wax Figure Museum 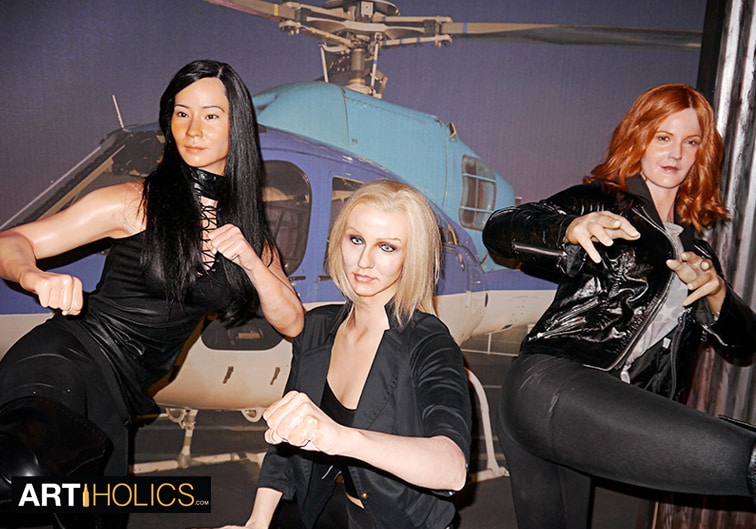 In an article a few months ago about possibly the best celebrity (mostly horror) sculptor I’ve ever seen (Artist Mike Hill Brings Long Dead Horror Movie Monsters Back To Life- Artiholics) I mentioned Madame Tussauds sculptors as being a bunch of “hacks.” Of course I was almost immediately contacted by sculptors who trained at Madame Tussauds and were critical of the article (and rightly pissed off).

I must now apologize to all of you.  There can be only one wax sculpture museum with the moniker of  “worst” (much like highlander) and Madame Tussauds is far from it.  VICE writer Jamie Lee Curtis Taete has stumbled onto and photo blogged it in his Open Letter to The Worst Wax Museum in America- Vice.  The museum in the hot seat? The Hollywood Wax Museum in Los Angeles, California.

For instance, you chose to depict Adam Sandler, star of The Waterboy, Big Daddy, Happy Gilmore, and dozens of other films that people have actually seen (or heard of) as his character from the movie where it rains gumballs. Google tells me, it is called Bedtime Stories. –Jamie Lee Curtis Taete – Vice”

The Vice Article is a great read, with 17 other pictures, including captions, and hilarious commentary about Jamie’s experience in the museum.

Hollywood Wax Museum has satellite branches in Branson, Missouri, and Pigeon Forge, Tennessee.  The Tennessee museum I’ve actually walked past multiple times when I’ve been up in the Smokys for New Years. I’m kind of sad that I didn’t pony up the $17.95 for admission, seems a cheap price to pay for the belly laughs, and hours of enjoyment you and your Facebook friends would get out of snarkily ripping the ass out of the pictures of yourself in faux interaction with these bizarre mongoloid versions of celebrities depicted in their least famous films