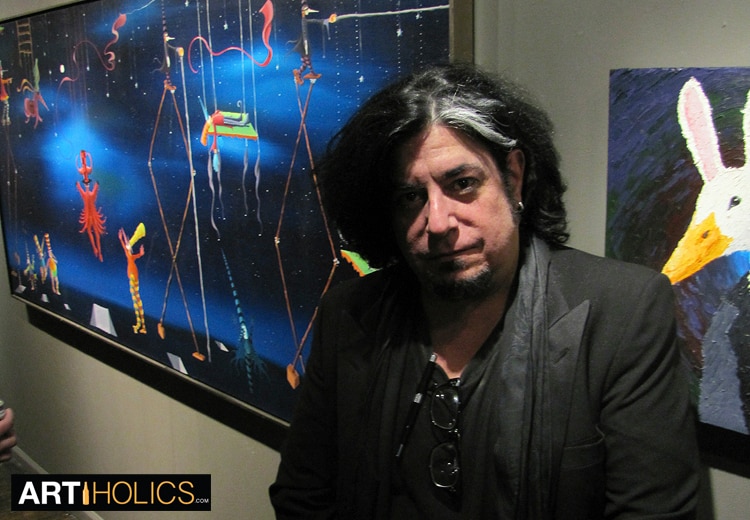 Hanging new work next to old painter Mark DeMaio‘s new show Priests, Stilts, Clowns and Freaks at Sacred Gallery, acts as a mini retrospective of sorts as we are treated to a bunch of DeMaio’s darker, quirkier, more twisted, and more personal work than he has shown in some time.  It also had a lot more color than his last show which was almost entirely black & white line art.

As per usual for a Mark DeMaio affair a large and eclectic crowd of beautiful misfits, artists, and art collectors turned out to celebrate the work and the man behind the brush.

Showing off a tattoo based on a Tara McPherson piece.

Myself, Mark DeMaio, and some guests.