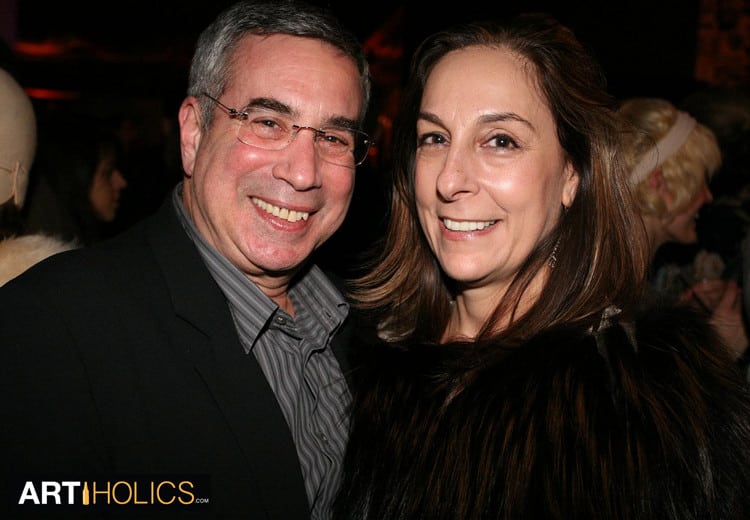 According to ARTNews, their most read article of 2013 is their list of the 200 top collectors in the world, and power couple Phillip Aarons and Shelley Fox Aarons are on the top of that list.  Art collector is a broad term, and we wanted to take a deeper look, beyond being just a name on a page.  What types of work do the biggest art collectors in the world collect?

Watching this video of them, it seems they have genuine look in their eyes, and a delighted smile when they discuss the pieces in their collection. It’s inspiring to know that there are collectors out there that sincerely adore the artwork they collect.

What makes the art so special that these two collectors are invested in is how bizarrely spectacular it is.

A fountain work by one of the artists the two collect is called “The Big Giving,” in which there are different figures giving excretions to the ground around them. One figure is vomiting, another is spitting, one of them is urinating, another sweating.

My favorite aspect they liked about an artist they mentioned is the “urgency” behind those who are young and emerging. When artists have not established their careers, and they are still young, there is a certain pressure to get it out into the world. It’s almost as if a young artist is making art because he/she believes in their gut, in a visceral way, that their art absolutely needs to be seen by others. I appreciate that.

Phillip Aarons is on the board of PS1, Creative Time, Printed Matter, and other institutions, and Shelley is involved with the New Museum. If you’re an artist, and you are doing something unusual, something uncanny, you have an audience.

Phillip enjoys David Wajnorowicz, and has published a book about him, the only book about a series Wajnorowicz did in which he wore a mask of poet, Arthur Rimbaud, around NYC, and took photographs. If you have never heard of Wajnorowicz, that’s a real shame, because he encompasses so much. His art was hauntingly effective in delivering powerful messages about AIDS, gay rights, violence, the corruptions of the government, and other topics in the 1980s. He swore that if he were to die of AIDS, he wanted his body thrown over the steps of  the White House in Washington DC. Eventually, his ashes were scattered in part on the lawn of the White House. Wajnorowicz is a whole article in himself, and we are currently talking about the collectors who admire him, so that will be for another read.

It seems that a lot of the artists that Phillip and Shelley Fox Aarons are drawn to have a performative aspect. They have an interest in the ephemeral; there’s something about being there at the time of the performance, that once-in-a-lifetime experience, that they find invaluable.

Another artist they are interested in is Tom Sachs.

Tom Sachs, in his wikipedia article, states,”We have our system of making things out of certain materials… and of showing the scars of our labor and the history of our efforts… We have the ‘your way’, ‘my way’, and ‘the right way,’ and I must insist everything is done my way, even if it takes longer.”

For a Valentine’s Day, A Tom Sachs sculpture of a gun was given to Shelley from Phillip.

They say that they are on the line of obsession and passion when it comes to art. Look out for them and their collection when you visit your next NY art institution.