The Ultra Rare Professor’s research Full Art is a part of the 25th-anniversary Celebrations set!

The 25th anniversary of Pokemon started with a bang; the franchise announced a lot of new content for fans worldwide. The Pokemon games were the major announcement of the event. Still, the TCG community was also given something to cheer about when they announced the 25th-anniversary Celebrations Set!

The set is extraordinary as it includes a ton of great chase cards and reprints of older cards that are considered classic. For example, the Base Set Charizard, Blastoise, Veenusaur, and Pikachu were all reprinted for this set. There were also some metal cards in the set, which are very rare.

One such card from Celebrations is the Ultra Rare Professor’s research, Full Art. The card has seen immense hype and is being sold for a high price. The article below provides more details and future price predictions regarding the card. 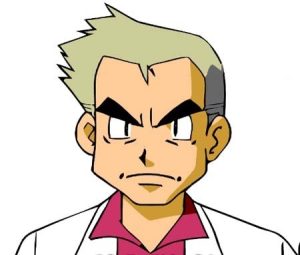 The Ultra Rare Professor’s research Full Art features the famous Professor Oak from Pallet city, part of the Kanto region. Professor Oak is by far the most popular Professor in the Pokemon franchise. He was the original one and a part of the popular Pokemon anime.

Professor Oak lives in Pallet city and researches the relationship between Pokemon and their trainer. He is a renowned person in the Pokemon universe.

The Celebration’s set cards have a 25th-anniversary special logo on every card. The Ultra Rare Professor’s research Full Art isn’t the only Professor’s research card in the set, there is yet another one. Coincidently, it also features Professor Oak on it, and that card is very creepy; just look at the illustration.

There have been a lot of different professors’ research cards in the past that feature other Professors from different regions. The Ultra Rare Professor’s research Full Art is unique because it is an Ultra Rare, and it is a full art card. It is also a part of one of the most coveted sets in recent times.

The illustration of the Ultra Rare Professor’s research Full Art has been executed by the talented Ken Sugimori, who is also responsible for the cards shown above, which are a part of the Celebration’s set. Ken Sugimori has been a part of the TCG for a long time now, and their art style is a testament to that.

Just like any other card, the value of the Ultra Rare Professor’s research is dedicated by the market. If there is a lot of supply of the card, then the prices will be low, and subsequently, if the supply is low, the costs will be high. At the moment, the card can be easily bought for $3 or more on multiple sites.

The card is a full art card, which has been really popular lately, so if you were planning on adding it to your collection, it would make a great addition.