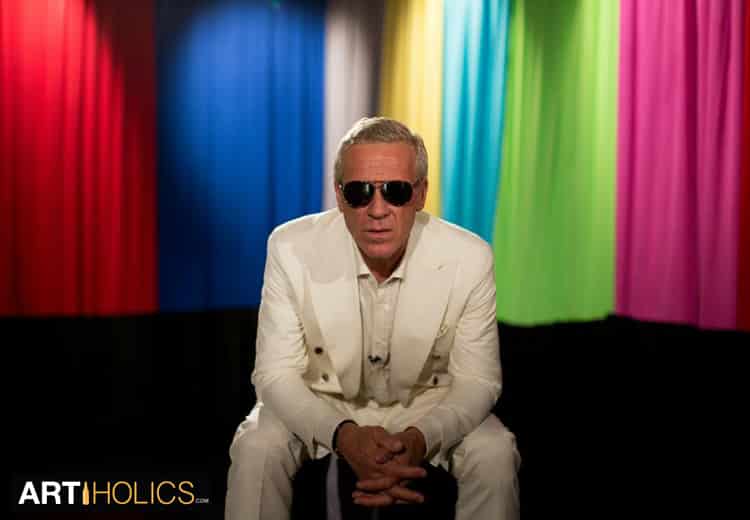 Was it too snowy to go to the galleries tonight?  How about if the art came to your living room?!  An Infomercial as Art? Announcing the first New York television broadcast of Good/Bad Art Collective’s experimental infomercial “FOREVER“ (Tonight at EDIT:    2:37 AM on CBS in NYC).

The late night broadcasts of FOREVER represent the final stage of the Collective’s CURTAINS project for Nasher XChange. CURTAINS is a three-part experiment, involving an interactive opening event, a traditional extended art exhibition, and a short film broadcast on late-night television in different cities around the country. The three stages of the project create a complex, nonlinear narrative that comes to conclusion and explanation with the screening of FOREVER.

FOREVER is a short film disguised as a late-night television infomercial. The short tells the story of an unnamed man offering his secret of immortality through personal stories and philosophies, eventually leading to the abrupt and ironic end of his presentation.

Combining traditional studio documentation and footage taken at the CURTAINS one-night art event, the man’s secret is revealed through a toll-free phone number the viewer is requested to call by program’s end.

It will technically be considered EARLY Friday morning 02/14/14 because it is so late, but this airs TONIGHT around EDIT: 2:37 AM on WCBS 2 (NYC) on all providers. I was told by the collective’s press contact that “they could move us to the slot before or after at their transgression” (EDIT: Their Transgression moved it back one slot) so I would suggest tuning in to CBS at like 2:05 AM EST if you want to see history be made.

If you don’t live in NYC, here is the list of scheduled airings in other cities (click then look at the sidebar scroll). EDIT: This aired ass-early in the morning on Valentines Day in NYC.