The 67th Regiment Armory on the Upper East Side was buzzing on Friday afternoon.  The works range widely—from antiquities, rare books, and maps to vintage jewels, Asian ceramics, and scrolls, and even modern American paintings. The fair, which originated in the Netherlands in Maastricht, now takes place twice a year in New York, in the spring and the fall, with the latter season, weighted toward Old Masters and historic works. Source Artnet.com 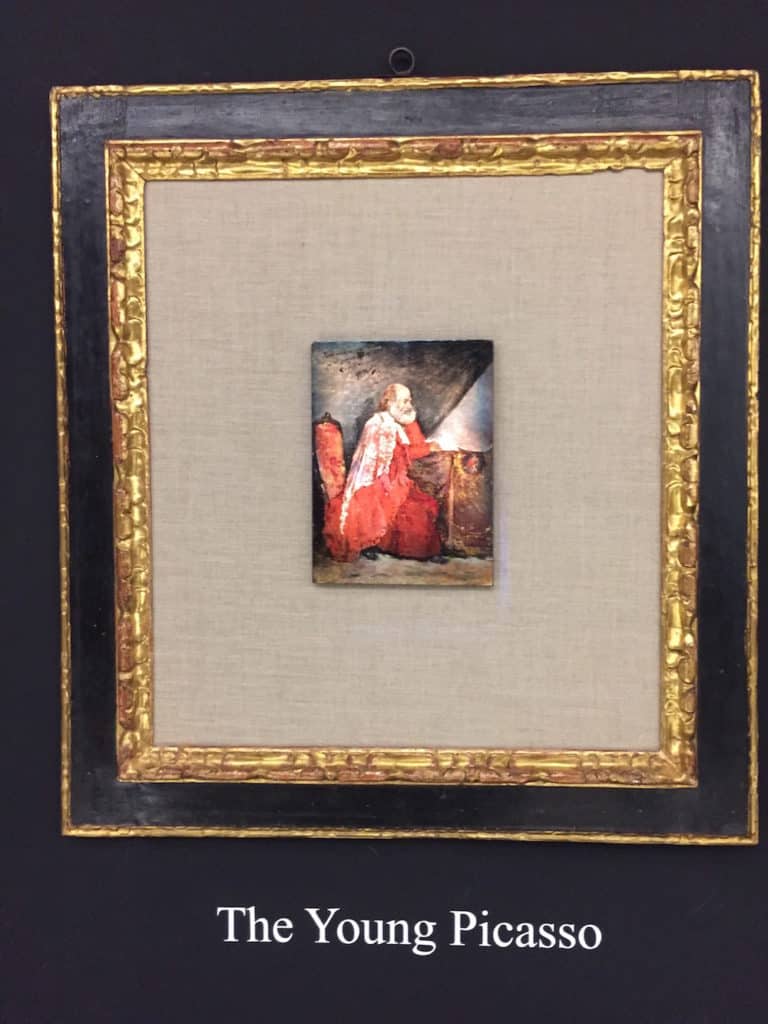 Portrait of a Bearded Man (1895) by Pablo Picasso