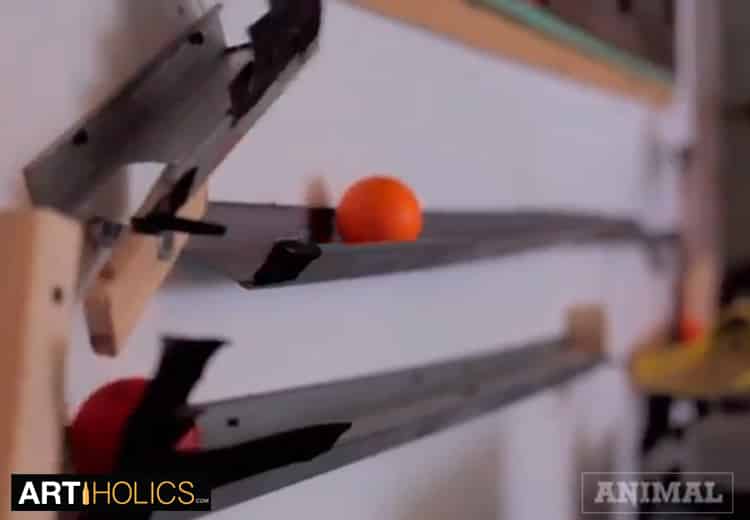 Long Island City based art collective Flux Factory created an elaborate piece of art which runs all around their building.  Exquisite Contraption, a Rube Goldberg machine triggered by sound activation, dominoes through an elaborate series of events concluding with the timed taking of a group photo after their weekly house meeting.  It’s documented beautifully in this short video narrated by Jason Eppink, and shot by Aymann Ismail for AnimalNewYork.

Unfortunate for the Fluxers in residence, who in everyday life must have to tip-toe around that noise sensor or risk accidentally launching the entire chain of events into motion.  It’s not enough that some poor sucker has to reset all of the balls, cars, and soda bottles of liquid each week, god forbid someone in the house raises their voice or comes down with a loud cough – abrupt volume comes with a price.  But it is a small price to pay for art.

Alas, if they had Chunk from the Goonies around, they could program it to only be set off  when the halls echoed with the hauntingly singular siren song of the “Truffle Shuffle.”