The Art of Pokémon: Charizard Vmax from Shining Fates!

Charizard Vmax has been one of the most coveted cards from the recent Pokémon TCG expansion packs for the Sword and Shield base set. The card has seen record highs since its initial release in the West and in Japan as well. And Pokémon TCG collectors would be overjoyed to get their hands on it.

Many people know about the Pokémon TCG; they even collect the cards but don’t know anything about their favorite cards. The Pokémon TCG is more than a game; it is a way to bring the artist’s creativity to the forefront and enjoy it with the Pokémon community.

So in this article, we’ll explore the story behind the Charizard Vmax, the reason for its high value, the illustrator’s inspirations, and last but not least, the value of this card going forward! 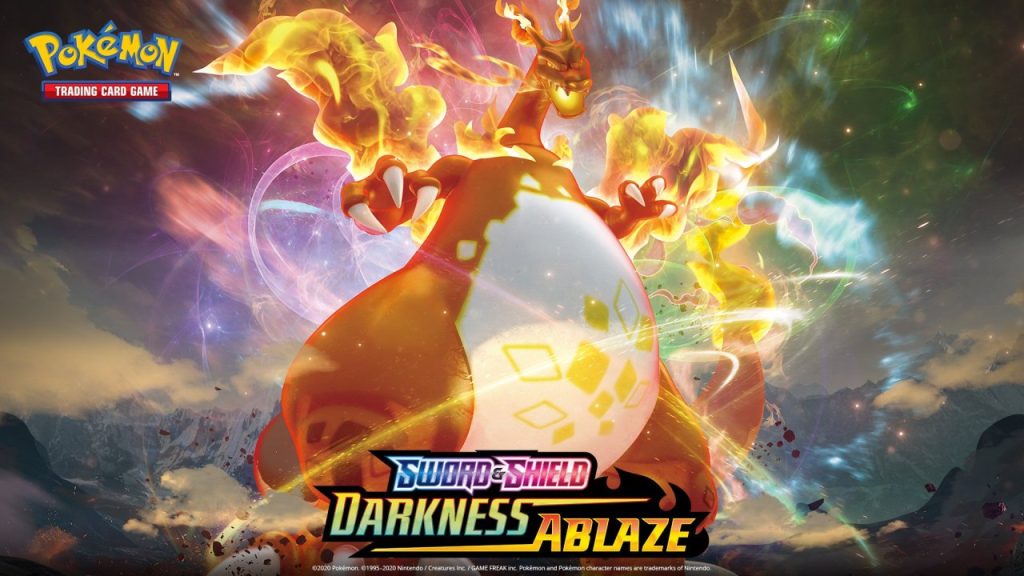 Charizard Vmax is a fire-type Pokemon Vmax card that was initially released in the Darkness Ablaze expansion.  The card also has a rare rainbow version with an identical pose and illustration; just the colorway was changed.

The card soon became really popular among the TCG community, so much so that the prices were really flying high at the release. People were selling this rare card for things of dollars due to the rarity of the card.

Capitalizing on the demand for the card, the card was reprinted in Champion’s Path and Shining Fates as well. In fact, the shining fates Charizard Vmax is the one which is the most coveted in today’s market as it features a shiny Charizard!

The card features a Gigantamax Charizard, a new game mechanic added in the Sword and Shield games. As you can see, the Charizard is oversized and has flames flowing out of its back and mouth as well.

The Shining Fates print is probably the best of the three as it is a shiny Pokemon. Charizard is a cool-looking Pokemon, but the shiny version is just superior to the other colorways.

Not many show appreciation towards the illustrators of the TCG cards; if it were not for them, these cards would’ve looked bland and, quite honestly, soulless. The artist is the reason for the card’s value, as the artist’s vision is what makes the artwork likable in the first place.

The Charizard Vmax was illustrated by Aky CG Works. The artist is also responsible for many chase cards; for example, the Pikachu VMax was also illustrated by the same artist! They have been part of the Pokemon TCG for a long time now, as they have a lot of cards to their name.

The card is one of the costliest cards that were released this year. The Charizard Vmax from the shining fates expansion is probably the most expensive one right now, with current market prices being $140-150.

As the card is not even a year old, you can expect the prices to stay up for a while. But we can’t predict, so going forward, the card should float around the same price point; unless there’s a reprint, the price will hold! As more and more people find one, the price ought to come down.