Art of One Piece: Yamato Parallel from One Piece Romance Dawn

Yamato Parallel is a part of One Piece Romance Dawn.

The One Piece Card Game was released a while ago to commemorate the 25th anniversary of the One Piece anime. Not many anime have achieved this and One piece has somehow managed to not only achieve it but also surpass it in many rights. It is still airing, and shows no signs of stopping anytime soon!

Plus, the Card Game released has real passion put in it, unlike the other anime CCGs released over the past few years. The creators went above, and beyond when creating illustrations for the card game, so rather than just copy-pasting illustrations from the anime, the artists created new ones!

Romance Dawn is the name of the first-ever expansion, which should ring a bell in many One Piece fans’ heads, as this is one of the very first arcs of the show.

The set features some stunning cards, one of which is the Yamato Parallel art, which has consistently ranked as one of the most coveted cards from the group. And we’re here to decipher why! 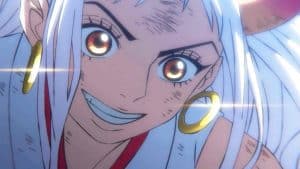 Yamato is a fascinating character, first and foremost, Yamato is a male name, even though Yamao is a female, and people refer to him as a male. And there’s a reason for it: Yamato wants to be treated as an Oden, which can only be men, so he started going by a male name.

Yamato was born a daughter to Kaidou and was slated to be his heir.

He plays a big part in the early arcs of the show, and at one point, even comes close to joining the straw hat pirates, the crew which has the protagonist Luffy in it!

Yamato is a pretty popular character in the fandom, at least for the first few arcs, so the creators decided to treat the fans with not one but two different Yamato cards in the set. And both the Yamato Parallel and the Yamato Secret Rare look amazing!

The illustration on the Yamato Parallel is what makes it so desirable in the community at the moment because Yamato, even though he is a pretty recognizable character, isn’t one of the most popular ones. Still, the artist’s vision on the cards has turned this seemingly benign character into one of the most beloved ones in the set.

The colors and the art style on this card are spot on, and it looks even better when you’re seeing it in person

As of writing this blog post, the Yamato Parallel form Romance Dawn is being sold for around $90 across various reseller marketplaces. This price might fluctuate depending upon the time you’re checking this article and also the condition of the card.

The future also looks bright for the Yamato Parallel art, as it is one of the most coveted cards from the first-ever One Piece card game set, and we all know how popular base set packs tend to be.

Recommended – Art of One Piece: Roronoa Zoro Parallel from One Piece Romance Dawn