The Fusion Strike expansion is the Pokemon Company’s way of saying goodbye to the year 2021. Fusion strike has so many great chase cards that we’ve lost count, and we’re still not over how good they look.

The next set will be Pokemon brilliant stars which will contain the all-new V-star mechanic to the game, so maybe the VMAX cards won’t be the top tier cards that they are right now. But who knows, anything can happen.

So till then, why not ponder over the cards that we already know are quite popular, like this phenomenal Secret Rare Gengar VMAX Alternate Art, the name surely is a mouthful.

In this article, we’ll not only look at what makes the Secret Rare Gengar VMAX Alternate Art such a great card, but we will also decode the illustrator’s motive behind the card, and also try to predict what the value of the card might be in the future! 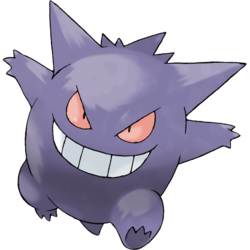 Before we deep dive into what the card means, we need to understand the Pokemon on the card and what it is capable of. The Secret Rare Gengar VMAX Alternate Art features the Gengar in its gigantamax form in which it becomes significantly larger than normal, and its body below the torso sinks into the ground.

The largemouth opening is a one-way ticket to the afterlife, you can literally hear your dead relatives’ voices in it. Gengar is a very nasty Pokemon, it always has a smirk on its face which is enough to give any Poke fan nightmares!

The Secret Rare Gengar VMAX Alternate Art isn’t the only Gengar card in the set we also have the Gengar VMAX which is also a great card and has almost a similar theme to it. Gengar V is also present in the set which is in int’s normal form, which still is very scary, to say the least.

The art on the card is the courtesy of the talented Sowsow who have been working on many TCG cards. Some of their most notable works include the magnificent Espeon V from evolving skies.

The Gengar VMAX shows a Gigantamax Gengar sucking in everything around it, straight to the afterlife. The art style sowsow uses is also very reminiscent of pastel color paintings!

This obviously sets Sowsow apart from the rest of the TCG illustrators!

As of writing this article, the card is being sold for anywhere between $110-120, which is a lot if you think about it, as the Secret Rare Gengar VMAX Alternate Art just came out and the cards are already so high.

The future value will be determined purely by the supply of the card, so if there are no reprints, the card might hold the value, but expect the price to drop once other expansions come out!