The Art Of Solving Antibiotic Overuse in America

A Brief Introduction to Antibiotic Overuse and Its Affect

Antibiotic overuse, and the increase in bacteria resistant to antibiotics, is one of the biggest health threats we face today. While humans are a bit more informed in 2019 about the repercussions that  accompany the abuse and misuse of antibiotics, 45 percent of people still continue to use them incorrectly, according to a recent poll published by the Kaiser Family Foundation.

The medical world has known about the possibility of such an epidemic since 1945, when Sir Alexander Fleming, the Scottish biologist who discovered penicillin, warned against its overuse. Today, we’re facing an epidemic.

“Injudicious use of antibiotics when they are not indicated has fed this problem and allowed it to become a crisis,” says Amesh A. Adalja MD , a senior scholar at Johns Hopkins Center for Health Security. “Antibiotics — the product of genius minds solving a daunting life-or-death problem — have been squandered and, if no solution to the resistance crisis is developed, modern medicine as we know it will be threatened.” 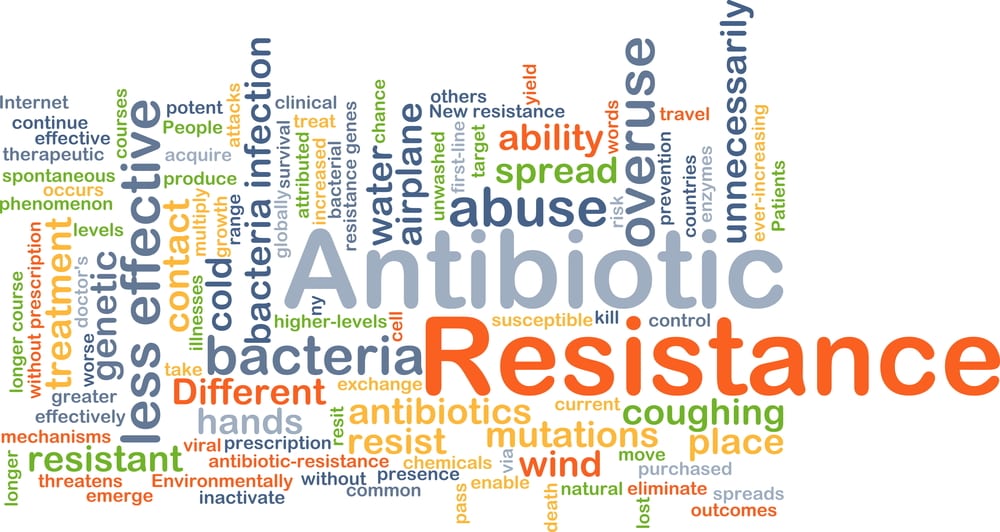 Despite world wide campaigns to better inform the public about antibiotic overuse, many do not truly understand what misusing antibiotics does for the body or environment. In addition, about 27 percent of people polled by Kaiser believe that viral infections can be cured with antibiotics. This is NOT TRUE. Even some Western medical doctors dole out an antibiotic for viruses even though they do nothing for viral infections.

Most respondents in the survey were aware of the possible negative implications of antibiotic overuse, though 45 percent reported that they personally had not taken antibiotics as prescribed.

With that said, the common instructions that antibiotics must be taken to full term no matter what is actually not true. Even the CDC backs this up. In reality, you should only take antibiotics if they are absolutely necessary. We tend to think of antibiotics as safe and any side effects as negligible, but consider that some have devastating side effects such as tendon ruptures, joint problems and antibiotic-associated colitis. Also many people take multiple prescriptions a year without keeping track of the types they have used over the years rather than blinldy swallowing antibiotics.

There also isn’t any widespread understanding of how best to combat the problem. According to the Kaiser poll, “When asked who bears responsibility for fixing the problem of antibiotic resistance, a larger share of the public place the responsibility on drug companies and health care providers than on any other entity, including patients.”

Many who stand for health freedom would emphatically disagree. The online health and wellness site HoneyColony, for instance, that has been covering antibiotic resistance for years, encourages consumers to learn about the extent of this travesty.

Unfortunately the misuse and overuse of antibiotics have created “superbugs” resistant to antibiotics, demanding new weapons to treat them. People  are dying needlessly because the medications prescribed do not work. The good news is we have a few weapons in our arsenal that have been long overlooked .

In recent news, phages have emerged as potentially potent tools in this fight. They are more formally known as bacteriophages and are basically viruses that infect bacteria.

Even though phages were discovered before penicillin, in 1917, they cast aside because their impact wasn’t broad enough. As The Verge reports, “when the antibiotic first arrived, with its broad-spectrum, scorched-earth ability to eliminate vast swaths of different bacteria, the phage — which could only attack one specific bacteria at a time — was deemed less useful.”

But now the fact that they are able to discern and don’t kill everything in their way like antibiotics is what is making them so interesting to researchers. A disadvantage is that, a phage that works for one strain of superbug in one patient may not work for another strain. More research is needed and it’s not very comforting to learn that pharmaceutical companies are looking into patenting genetically modified phages. Do we really need anything more in our lives that is genetically modified that comes with undetermined future impl

Silver Worth More Than Gold

One of the best-kept secrets in the war on antibiotic resistance is a metal that most of us have in our houses: silver. It was swept under the proverbial rug with the advent of penicillin.

Cyrus the Great, King Of Persia, 550B.C. who reigned for more than three decades, insisted that his water be stored in silver vessels.

Physicians and scholars, meanwhile, advised rulers to literally suck on silver spoons (not just be born with one in their mouth) for health. And in the Middle Ages, if you didn’t carry your own silver spoon, you weren’t really worth talking to. French Aristocracy drank and ate everything from silver containers and plates. Louis XIV took three baths in his life (he must have smelled like a cesspit) but lived to reign for 72 years—the longest monarchy in European history. Incidentally, the life expectancy of an aristocrat was at least 20 years longer than that of a peasant

According to the NIH (National Institutes of Health):

Silver has a long and intriguing history as an antibiotic in human health care. It has been developed for use in water purification, wound care, bone prostheses, reconstructive orthopaedic surgery, cardiac devices, catheters, and surgical appliances.

Silver is arguably one of the all-time best natural antibiotics.

“It’s been demonstrated to be effective against fighting off infections and supporting the immune system,” adds Dr. Jaquel Patterson, Naturopathic Physician, and Functional Medicine Expert. “It is a natural antimicrobial that can be used internally, topically or intranasal for colds and nasal congestion.”

Studies, Patterson says, have demonstrated its effectiveness within test tubes on its antibacterial, antifungal, and antiviral benefits. And it’s shown to be effective in wound healing and ulcers on the skin.

In another study, scientists demonstrated that antimicrobial silver plays a role in preventing and treating topical staph infections. In particular, silver caused the cell membranes of Staphylococcus aureus (MRSA) bacteria to lose integrity by damaging them.

Silver also has a host of other benefits. For those who grew up taking a slew of antibiotics, you may be familiar with antibiotic resistance or have developed allergies to some antibiotics, rendering them useless and or even dangerous. If this is the case, silver can become a valued alternative.

Keep silver close at hand. You can use it as a liquid you add to water or as an ointment or even make it yourself with a nifty microprocessor! With it on tap, you have before you a sword, ageless and strong. It helped people centuries ago, and it could be just the solution we need to combat the overuse of antibiotics in our modern age.