Do You Remember The Starbelly Sneetches? Explaining Racism With Art: YOUtube Art School 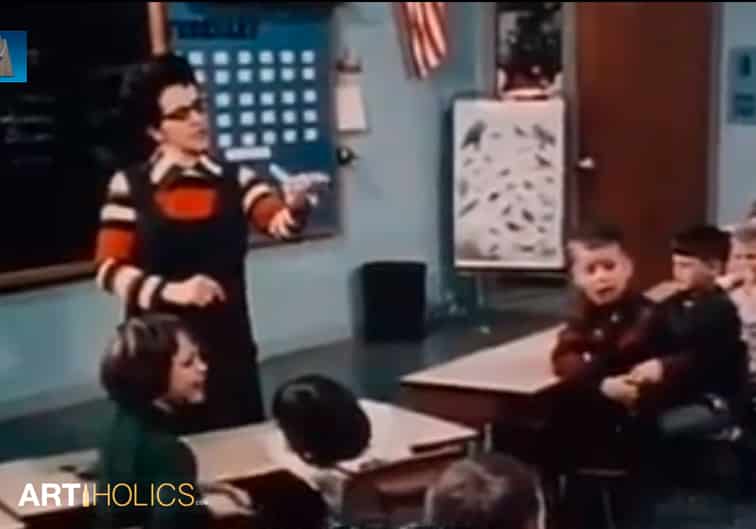 Racism is a tough subject to explain to a kid.  This video from 1970 of a 3rd grade teacher, teaching the ignorance of racism to her students by tricking them into hating each other is pure brilliance.

Realizing how it felt to be hated or treated differently for having a different color eyes, something which only a day before meant nothing, transformed normally civil children into hierarchical-minded evil discriminating brats, hurting each others feelings and even starting fights with children of different eye colors.  It’s an amazing to watch.

It makes me think of the Maya Angelou quote I’ve seen posted  on Facebook a dozen times.

These children will forget the teacher’s name.  They will forget their fellow student’s names and what they were called each other during the experiment, but for the rest of their lives they will remember how it felt to be shat upon.  To be treated as a lesser human being for just having a different colored eye.

The sad thing is that I don’t know if this sort of experiment could be done today.  The first kid that told his parent’s about them “being bullied” for the color of their eyes, and mentioned the teacher told them they were worth less because of their eyes and for the other children to treat them differently because of it, and that teacher would be on their ass with their desk emptied into a cardboard box before the next school day.

My toddler self learned a lot about morality, fairness, racism, and the golden rule as a byproduct of being a Dr. Seuss Fan.  You get sucked in by the fantastical worlds, bizarre rhyming speech patterns, and amazing art; the subliminal lessons and morals don’t beat you over the head, but he would gently and poetically whisper to you in Seussian alliteration.

Why don’t more things I love as an adult also have subliminally positive side effects?