Open Studios at the Noonan Building 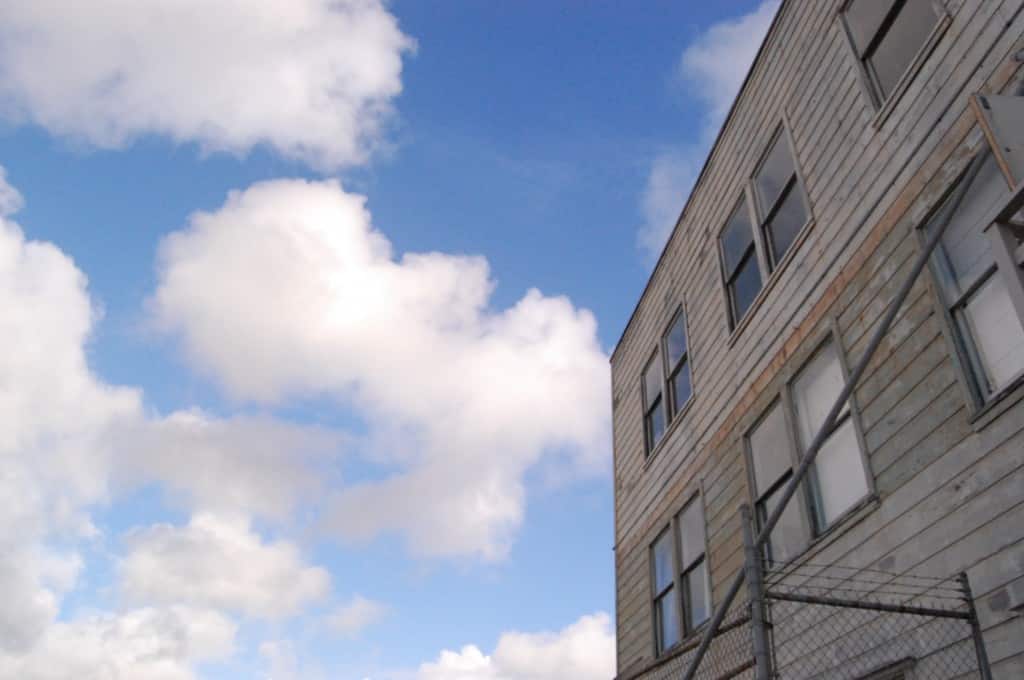 At the end of October, Artiholics surveyed the captivating energy of the Noonan Building, an artist community on the verge of major community developments. Located in Pier 70 on the eastern waterfront in San Francisco, this historic neighborhood of 28 acres once harbored heavy industrial manufacturers like steel, power, shipbuilding (including WWI and WWII vessels) iron, and large steel tubes for the Bay Area Rapid Transit System. Those industries dominated Pier 70 and the surrounding communities from the 1800’s through the mid-fifties, and have since then fallen into decline. Today, Pier 70 resembles a ghost town. The historic buildings stand vacant amongst barbed wire fences, rust, and decay. The only “tenants” of the pier are artists who have turned one building known as the Noonan Building into a community of artist studios. During the November elections, residents of the surrounding community almost unanimously voted to renovate Pier 70 and turn it into an artist-loving, livable, and visitor-attracting neighborhood. In coming years, we expect to see new park space, retail shops, eateries, art studios, and more housing for a city desperately in need of more  housing options.

Below are images gathered from the painters, sculptors, and photographers working in the Noonan Building:

Paintings in the Studio of Connie Harris

Harris in her studio.

The sculptures in the above photo come from Connie Harris’ studio.

Open Studios in San Francisco could not happen without the help of Art Span, a giant network of information on Contemporary artists in the Bay Area.

Daniel Phill in front of paintings in his studio.

Paintings by the artist, PABS.  The imagery comes from watching civilians in Asia.

Photographs in the studio of Rico Schwartzberg

Detail from a painting by Alice Raymond.

A drawing by Robert Minervini.

More images from Robert Minervini’s studio follow in the photo gallery below.

Drawings and sculptural works in the studio of Pamela Axelson.

Additional photos of Axelson’s studio follow in the photo gallery inserted at the end of this post.

More photos of Shaw’s studio follow in the photo gallery.

The Above Image is from the studio of Preethi Kumaresan.

The Above Prints are from the Studio of Xavier Viramontes.

The above works were made by Marti Mckee.