Please tell us a little about where you are from? And what is your background as an artist?

I was born in McKeesport, Pennsylvania, USA. It’s a suburb on the Southern side of Pittsburgh. My family rented three rooms on the upper floor of a house there. When I was eleven years old, we moved across the river to Dravosburg, which is yet another suburb on the Southern side of Pittsburgh. We lived in the projects there, and that’s where I lived until I left school. 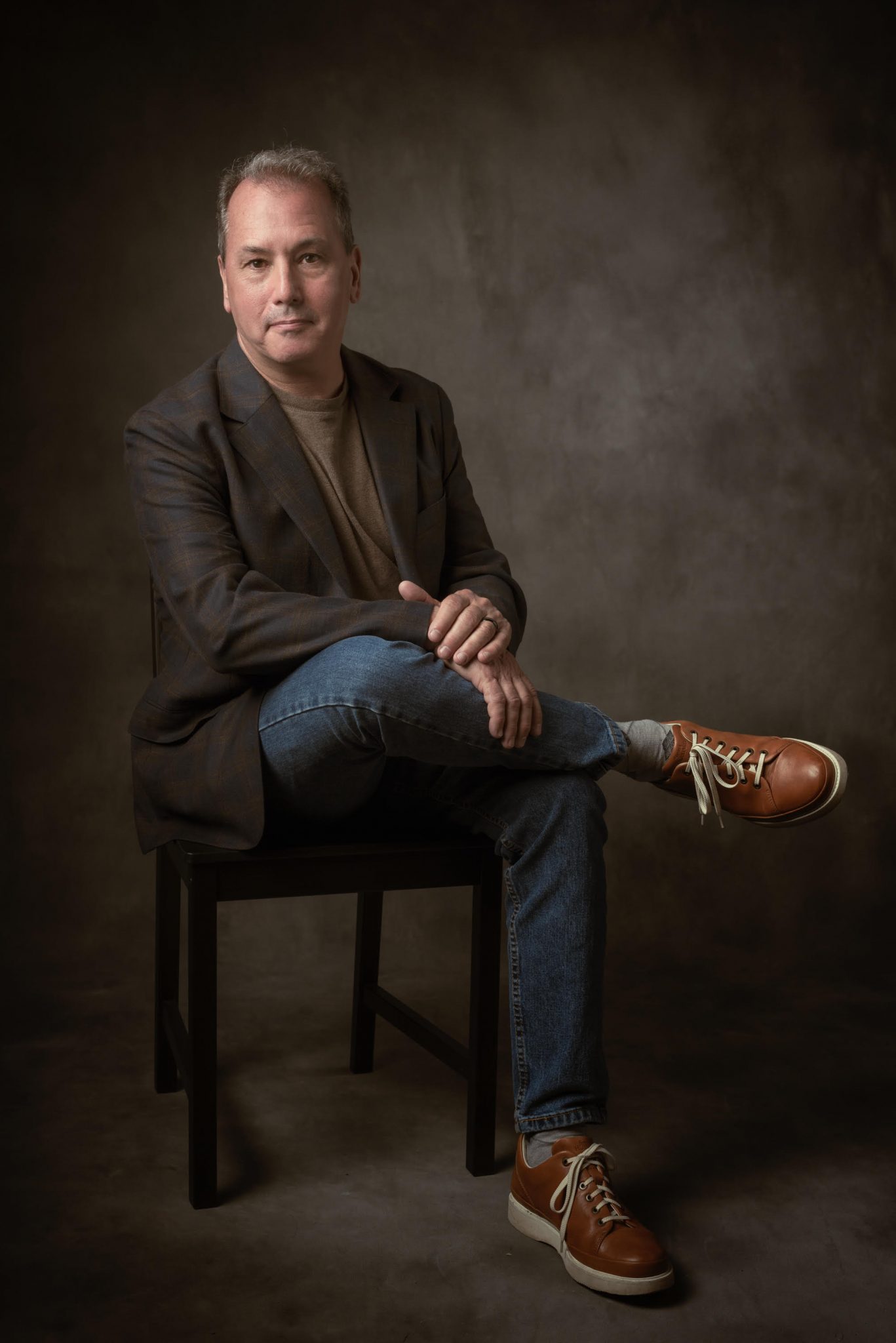 During the time I was a boy, the steel industry was in full blossom. Everywhere around you, one was surrounded by fire, earthen ores, molten metal, lots of smoke, big machines and industrial noises.  It was really sexy. Today I still love to visit old factories and railroad yards with heavy equipment and huge machines.

In Pittsburgh, there was some sort of philanthropic program that identified young, artistically inclined students in public school. Through that program, I attended fine art classes at Carnegie Institute for several years, and then later at Carnegie-Mellon University. I studied at CMU at night and on weekends throughout my high school years.  Later, I enrolled at the School of the Museum of Fine Arts at Tufts University in Boston.

Carnegie-Mellon was a very classical fine art program. Hours and years spent drawing bottles and human anatomy. The Museum School on the other hand, was the exact opposite. No rules and run with scissors as fast as you can. In fact, pick up some knives and razor blades while you’re at it. It was a change of direction that electrified me.

So you can say that I had a fairly rich academic start to my practice. I’m really grateful to the instructors that I had. I’ve been working in my studio and exhibiting as much as I can ever since. Besides all of that art school stuff, I have two degrees in Electrical Engineering. Who would have known? I actually chose my engineering major based on a sculptural project I was thinking about using electro-magnetism. I could have used a good life coach when I was young.

The academics had value, but the art seed germinates only once you come to terms with the “why” of your practice.

What made you want to become an artist?

Well, since so much of my youth was spent in art school in one way or another, I was very comfortable in an artist’s skin right from the start. There wasn’t a someone or a something that triggered it all for me. I had my artistic heroes and sheroes, but I think it’s more that art gives me a vehicle to think deeply about things.  I become very mentally invested in certain ideas and concepts. Painting is my way of sorting it all out. Actually, my studio practice is a sort of neurosis of mine. You might call it an addiction or even a compulsion.  It’s something I feel that I have to do, something I’m driven to do. If I spend too much prolonged time away from working, I just feel a bit undone. It’s always been that way for me.

Is there name/category for the kind of art you create?

Because of the materials that I use, my work has been referred to as Haute Pâte, or Matter Painting. There was a time, say maybe ten years ago, when the way I was using the material aptly fit that description. Nowadays, I can’t say that I agree or disagree with those labels.  I am using the Earth as a painting medium but the way that I’m using it is dry rather than some material mixed with paint. Does that qualify as Haute Pâte? It’s thick, gravely stuff affixed to the surface. There are probably people who feel very specific about those terms. As far as I know, I’m unique in what I’m doing.

If we talk about my subject matter, I’m interested in consciousness, and I approach that through metaphysics, physics, and spirituality. The images are mostly abstract, I think.  Sometimes even primitive. Abstract is more real than real, when you’re trying to ask hard questions, in my opinion.

When looking at one of my paintings, you’re sharing a snapshot of a moment of time of my stream of consciousness. Maybe that’s more like a babbling brook. You will literally see what I was thinking about at the time I painted the piece. It will have notes, formulae, lyrics, glyphs and so on that are relevant to the topic that I was analyzing and unpacking at the time. The paintings do not read literally though. The composition itself dictates what stays and what is erased. When I watch people looking at my work in the gallery, I’ll catch them trying to read the painting or identify the math. That makes me laugh to myself. There is no secret message to unlock.

Do you have a targeted audience for your art?

That’s a really interesting question. I’ve never thought about a target audience. Now that you bring it up, it’s possible that I’m painting just for myself. The target audience is me!  Isn’t that funny? I should send myself a survey to see how I feel about it. I haven’t noticed that my work is collected by any single sort of demographic. The most frequent feedback that I hear is that “it just makes me feel good.”  I can’t think of a higher compliment, actually.

It’s a somewhat contrarian view these days, but I think that no matter where you’re from, when you’re from, no matter your race, sex, or culture, people are pretty much the same once we strip off the learned beliefs that end up creating otherwise arbitrary differences.  Sometimes we choose to pick up and carry a flag for those differences, but at the core we’re basically the same. We are Humans, all of us together, motivated ultimately only by love or fear.

If you allow the assertion that we all share a common inherent “humanness,” then at a primal level we all experience the universe in the same way. Because I’m an artist, I’ll give you an example by way of what happens when we see something.

We tend to experience symbols and glyphs in the same primal way no matter who we are.  You can in fact observe this when you look at the ways that ancient cultures, separated by distance and time, used common graphical symbols. A cross, a figure eight, a spiral, curves vs. angles and so on work the same in one place in space and time as they do in another.  We see with our human mind, not with our eyes.

Looking at this a bit more deeply, it would seem that our minds are connected at a core, root level. Think of islands in the sea. The islands are separated on the surface of the water, but underneath the sea they’re connected through the same Earth. You and me are islands, but we’re connected. A collective, consensus humanness. Interestingly, developments in quantum physics seem to be touching upon the mathematics that identifies how this happens at a quantum level. Physics is affirming metaphysics. So, to answer your question more directly, it’s possible that we are all that there is. At least as far as we’ll ever be concerned. That deserves looking at.

Are you currently working on new artworks?

As I mentioned earlier, I’m sort of driven in my studio practice. I’m running a race that never finishes. I started working on this series that I call “Multiverse” around the beginning of the year. This is looking at the ideas around parallel universes. I think there’s still some distance to travel with that, unless a new shiny penny comes my way.

Looking to the future, what are any upcoming projects and art exhibitions that you have?

I’ve got a few of the early Mulitiverse pieces at the gallery in Atlanta. I’d like to exhibit a larger body of that work sometime this year, but at the moment there’s nothing scheduled for that. My next solo show on the books is in 2022.

On the horizon, I’m thinking about the role of consciousness in the creation of physical reality. I’ve been reading about string theory for some time, and especially the areas of math that involve the presence or absence of an observer. I’m having fun with that and I think there’s enough brain food in that topic that will lead to something soon for me. Then there’s a life/afterlife thing that I’m noodling on too. We’ll see what happens.

COVID-19 has impacted so many parts of our lives. How did Covid-19 impact your work?

You know what, I don’t think it impacted my work at all. I feel a bit odd saying that out loud, but that’s the honest answer.

I spend eighty percent of every day alone, working in the same room. The social isolation is what my daily routine was anyway. I do miss going out and spending time with friends like I used to, but my work hasn’t changed because of Covid.  Is there anything else you would like to share with our readers?

Art of One Piece: Nami (Parallel) from One Piece Romance Dawn