Michael Anderson, the 45-year-old legendary NYC collage artist and White Hot Magazine art world photographer who is noted for designing the graffiti sticker lobby at the Ace Hotel, and the Eco-Friendly Times Square billboard for Target was admitted to Bellevue Hospital in Manhattan on Saturday after having fallen off a building, breaking his back.

UPDATE: Still hospitalized, he is in the early stages of his recovery process.  He is lucid and has been able to get online and respond to concerned posts.   He is positive about his injuries and has messaged me through facebook that he ” will make a complete recovery.”

Michael Anderson’s friends have just setup an indiegogo account in his name to try to help out with his medical expenses (which most likely will be substantial) Michael Anderson Recovery Project.

Since 1997 Anderson’s collage work has appeared in over 50 group shows, he’s designed large scale theatrical sets for half a dozen plays, and been featured in about a dozen solo exhibits. (Here is another video interview with the artist about his work – for French website arte.tv) 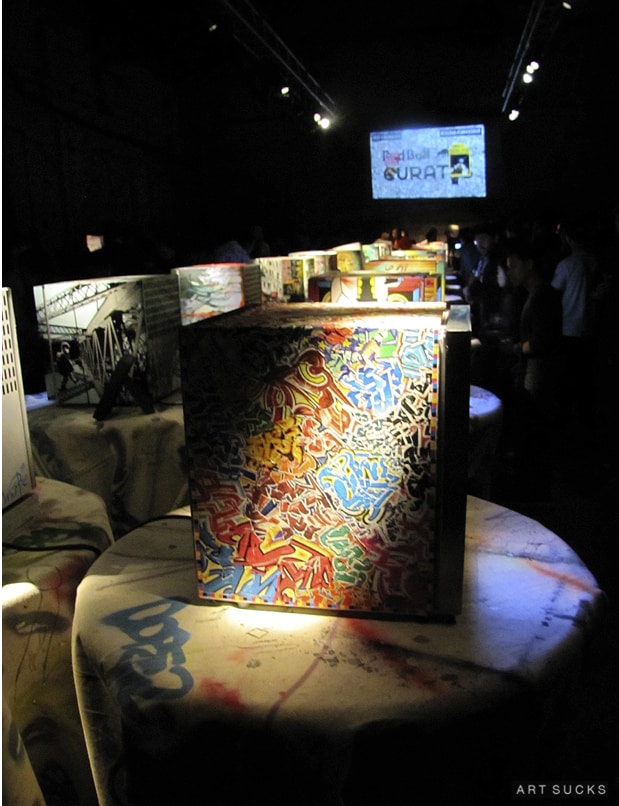 This is the same artist who WAS ONE OF THE TWO WINNERS from last week’s Red Bull Curates Cooler Art Project.  Scoring free trip to Miami, and a show at Scope.  I would have photographed him at the event but he was in Stockholm, Sweden shooting the Absolut Art Awards for White Hot. 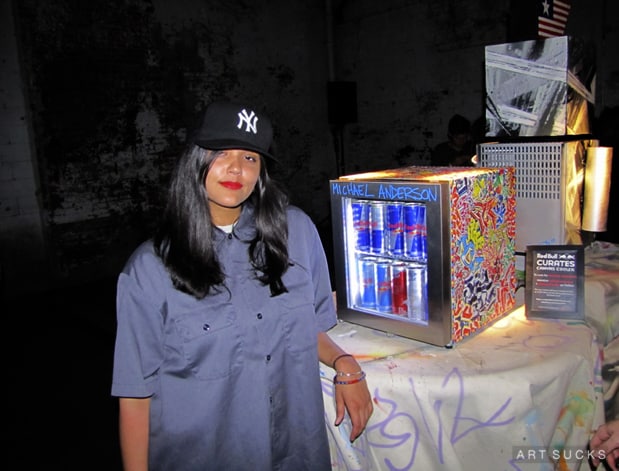 His girlfriend attended the Red Bull Curates in his stead wearing his clothes!

Michael Anderson’s work can bee seen on his website ChamuconeGro.com