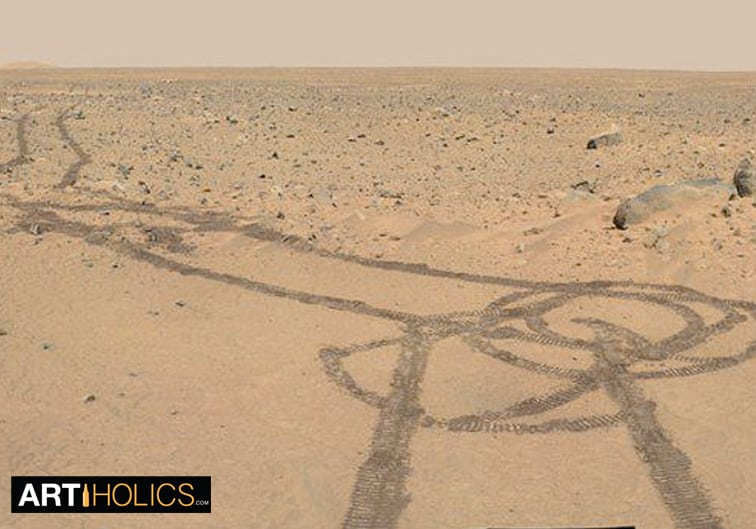 Some cultures think it is good enough just to plant a nation’s flag when they discover a new territory.  Not good enough for America, we (like that kid in SuperBad) can’t put wheels to dirt without drawing “big veiny triumphant bastards” all over the planet’s surface.  How’s that for marking our territory? One small step for man, one giant leap for man meat.

If you think this image is funny, it gets funnier when you pull back and get a better look at the whole image from a higher vantage point. 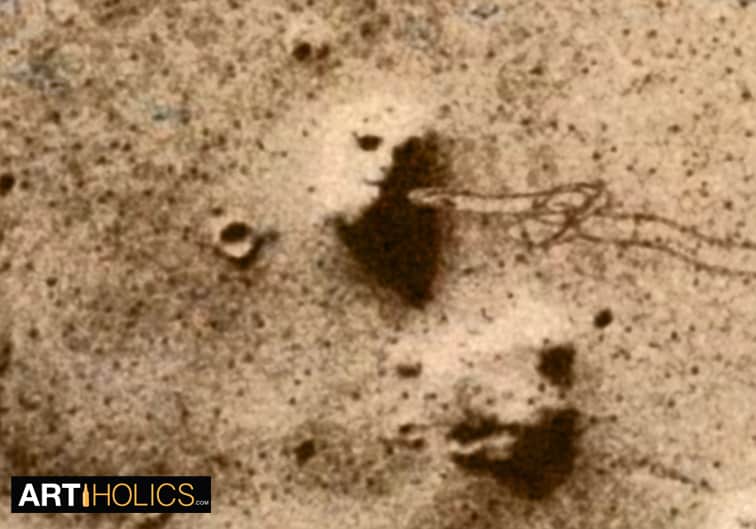 The classic New York D!©K style, erect-penis-in-mouth of the face on Mars.

Now you can see what these wannabe graffiti artists over at NASA were really trying to accomplish. Advertising dick-in-mouth defacement is nothing new for most NYC subway riders who see this sort of tag every day on movie and theatre posters while straphanging.

Anyone who lives in NYC and says they haven’t seen this Mamma Mia poster defiled is a damn liar.

Although all joking aside,  even though this penis drawing on Mars is is an unintentional fluke, we’ve already set a precedence for dick-bombing the universe back in the early 1970s.  Twice we purposefully shot our “junk” out into the far reaches of space.  The Pioneer Plaque featured a line drawing of an athletic nearly hairless man and woman, fully nude. 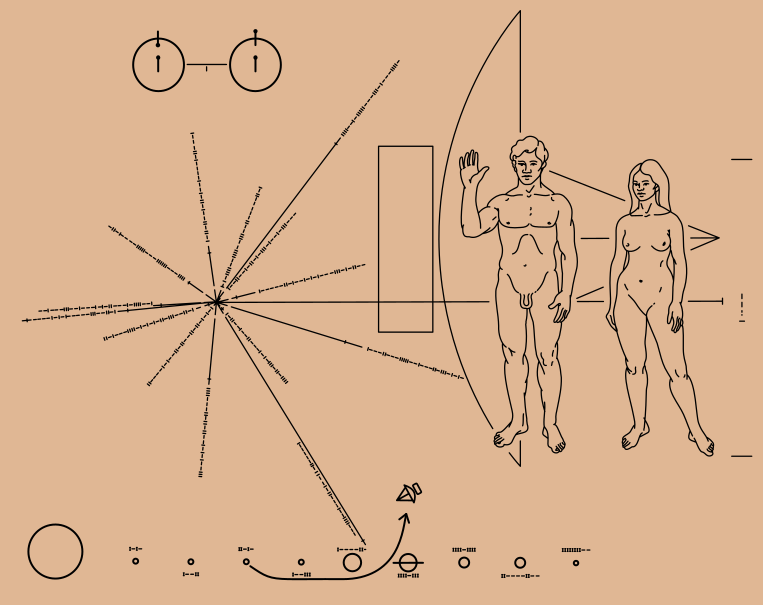 We come bearing dicks…and in peace.

Dick and balls were displayed (and fully shaven I might add).  The humans were depicted with 70s hair styles, as this was drawn and mailed skyward on Pioneer 10 in 1972, and pioneer 11 in 1973, yet their clean shaven genitals were decades ahead of their time.  The woman was drawn with zero pubic hair, and much like Barbie, had no indication of a vagina.  I guess Carl Sagan didn’t want to give the aliens any perverted “ideas.”

Keep that finger to yourself E.T.

Simple line art diagrams which we assumed an alien could somehow decipher, much like the drawings on the Voyager Gold Record. 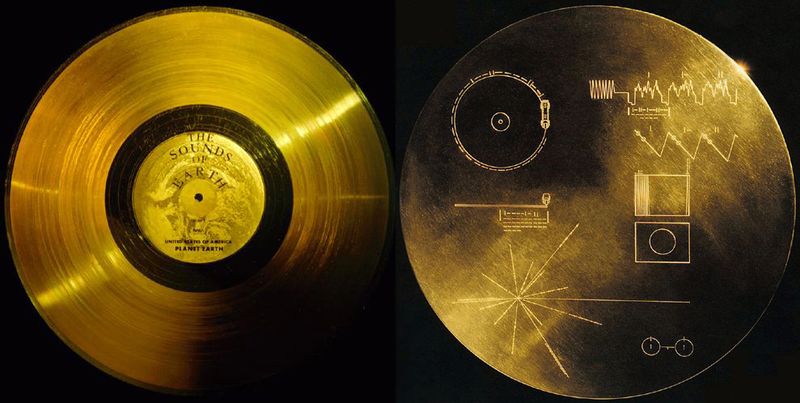 Which also represents all of Earth and human kind with a few simple line art illustrations, on the B-side (like a vinyl record) it also has actual audio recordings cut into gold.  The ultimate single edition any hipster would want for their collection.  Not only does it demonstrate the various animal, human, and nature sounds of earth, it also has a copy of Johnny Be Good (Just in case the aliens happen to be at the Enchantment Under The Sea Dance and need to play it in order to make sure their parent’s kiss).

The aliens will be no doubt be disappointed there are no dicks on the gold record, and no gold album cover either (which lowers the value substantially).